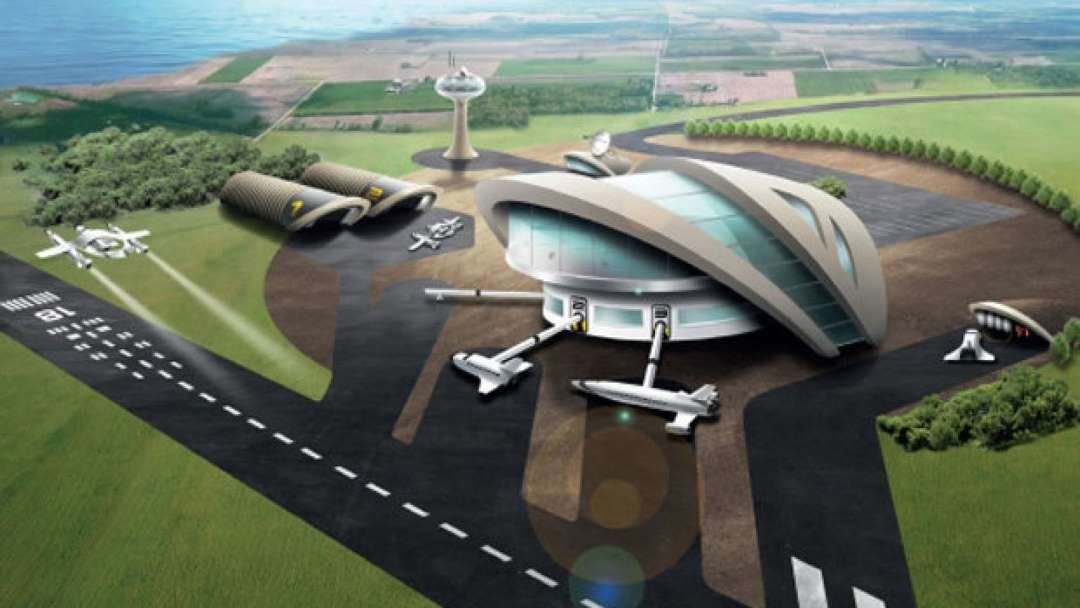 The Space Industry Bill, due to be given Royal Assent later, will enable launches from UK spaceports to help British companies enjoy quicker and cheaper access to outer space

Currently, satellites must be launched into orbit from spaceports abroad, exposing British firms to substantial cost, delay and bureaucracy

The legislation aims to present new opportunities in the commercial space race, increasing Britain's share of the global space economy from 6.5% to 10% by 2030

The Government predicts it will create hundreds of jobs, bring in billions of pounds and increase the scope for scientific research.

The creation of spaceports also provides some of the infrastructure needed for space tourism, although the Government has said it has no current plans to create the regulatory framework needed for passenger trips.

UK Transport Minister Jo Johnson said: "The Space Industry Bill gives companies the ability to launch satellites from UK soil, putting us at the forefront of the new space race, and helping us to compete as the destination of choice for satellite companies worldwide."

A number of sites have been previously been earmarked as possible spaceport locations, including Glasgow Prestwick Airport, Campbeltown, Stornoway, Newquay and Llanbedr.

Jules Matteoni, operations director at Glasgow Prestwick, said: "This means we will be able to offer horizontal launches of orbital and sub-orbital missions for satellite launches, micro-gravity experiments and passenger spaceflight experiences.

"As soon as the Space Industry Bill is enacted and a regulatory framework is in place, we will seek to apply for a licence and expect to become the first fully operational, licensed spaceport in the UK and Europe."

The prospect of low-cost, reliable access to space has been welcomed by companies involved in the building and use of satellite technology.

The city of Glasgow has become a centre for satellite technology, with resident firms creating around 70 satellite 'spacecraft' in the past three years, more than anywhere outside of California.

Gavin Tweedie, of Global Surface Intelligence, told Sky News: "The legislation will create more interest in the sector. It will bring investment, which will lead to more research and more reliable applications of the data collated from space."

Steve Greenland, of Craft Prospect, said: "Our barrier is the access to space and the number of satellite missions