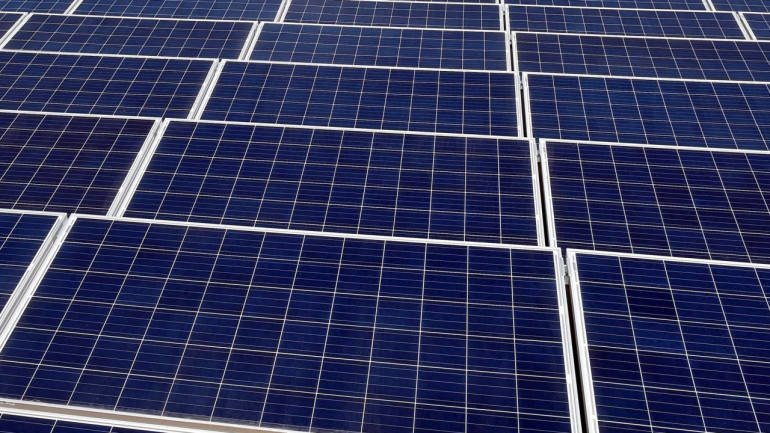 Shell will be installing solar panels at its petrol stations in Singapore, and could also do the same for its refining and petrochemical complex here - its largest in the world, according to a top official.

"We're thinking about how we can put solar photovoltaic (PV) to help power the (retail) sites," said Mark Gainsborough, executive vice-president of its New Energies division.

For the refinery, it is "reviewing a number of opportunities", he said in an interview with The Business Times on the sidelines of the Shell Eco-marathon Asia event earlier this month.

For now, the group is deploying advanced manufacturing technologies at the plant to make its operations more energy efficient. "That's really a starting point," he said. "But I'm sure in the future we will be considering how we can put renewables in."

The group is already placing renewable energy such as solar PV at some of its plants around the world, he added. Mr Gainsborough's comments come as the Anglo-Dutch firm makes a fresh push into the solar sector, a decade after exiting the sector.

In January this year, it acquired a 44 per cent stake in US solar company Silicon Ranch Corporation for up to US$217 million. That followed another investment, of an undisclosed amount, to buy a stake in Singapore solar developer Sunseap in August last year.

Mr Gainsborough said it invested in Sunseap as the latter is a successful developer with a proven track record, and has "lots of good ideas" such as floating solar PV.

The partnership with Sunseap has been good thus far, he said. "We've been actively talking to Sunseap on whether they can help us with deploying solar PV in some of our operations, and generally we're very pleased with our investment."

In solar, the group is interested in utility-scale solar farms instead of residential rooftop, as well as the commercial and industrial market where it has many existing customers seeking help to reduce their carbon footprint.

Asked whether Shell will focus on any particular country or region for solar, Mr Gainsborough replied that it's too early to be specific, but the group will be partly driven by where it can find the best customer opportunities. "A lot of our customers would prefer for us to be able to provide solar PV all over the world," he said.

Shell said in November last year it was doubling its planned investment in the New Energies division to US$1-2 billion until 2020, and also aims to halve its carbon footprint by 2050.

The New Energies division, formed in 2016, has two main focus areas: power and new fuels, which include biofuels, hydrogen and the charging of electric vehicles (EV), according to Mr Gainsborough.

Power is a focus as the group sees increasingly more of the world's energy being delivered in the form of electricity in future, from less than 20 per cent of total energy today, to over 50 per cent later this century.

"The power sector is also part of the part of the energy system that decarbonises the fastest," said Mr Gainsborough. "So if we want to be reducing our net carbon footprint, having a position in power makes a lot of sense." The group is currently the third largest power trader in the US, and has also set up power trading businesses in Europe, Brazil and Australia.

It recently acquired First Utility, the largest independent household energy supplier in the UK. "That gives us a chance to show what we can do in terms of creating value for customers in in the power business." Within renewable power generation, wind and solar have the best growth potential, said Mr Gainsborough. "We're not focused so much on things like hydropower which is a low return business."

Shell uses an internal carbon price of US$40 a tonne to evaluate investment decisions, but new energies are now becoming economic irrespective of the carbon price, he noted. "The interesting thing about renewable power business is the cheapest form of power generation is renewables now. The cost has come down tremendously."

It wants to build itself out across the entire value chain for power, in the same manner it has built an integrated position in oil. For markets where the firm can operate over the whole power value chain, the group expects to make returns between 8-12 per cent, said Mr Gainsborough.

Asked if Shell might consider entering the Singapore power market, he replied that it will "certainly take a look".

"Obviously Singapore itself is a relatively small market, but I think there's always a lot that we can learn from working in Singapore... Many of the energy solutions that will be important in other parts of the world, we think Singapore will be a great place to try some of those out. I'm hoping we will find more new areas in new energies where we can work in Singapore in the future."

In the second area of new fuels, Shell has invested in European EV charging company Newmotion in order to scale up the business which it had been experimenting on a smaller scale. The group has been installing electric vehicle charging points at retail stations in Britain, the Netherlands, Norway and the Philippines.

Another new area Shell is keen on is in providing energy to areas that do not have access to power grids, or are on unreliable ones, through integrating various types of energy on a micro-grid.

Many of these communities currently rely on diesel generators with diesel shipped in at very high cost. Explaining how the business makes commercial sense, Mr Gainsborough said: "What we're finding is that there's a large part of the market where people can afford it as long as you are able to share the cost between enough people...

In particular, there's a bright future in these mini and micro grids where you can combine residential use with productive use in small enterprises. So we have to be selective about the places we go."