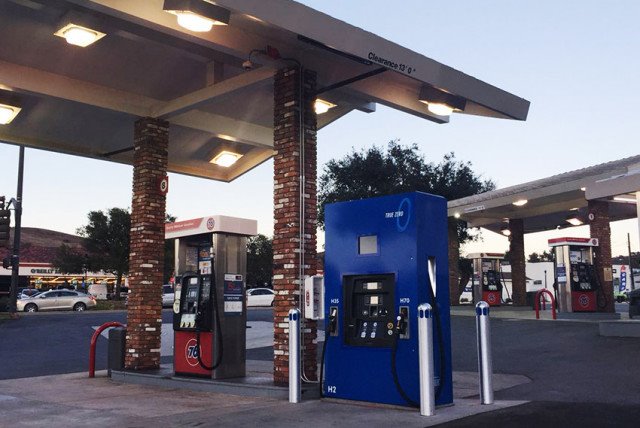 Hydrogen fuel first went on sale in California in January 2015, more than three years ago, though it had been dispensed free at a dozen or so prototype locations before that.

The hydrogen dispenser, labeled with the "True Zero" branding adopted two years ago by First Element—is located on the same island as a conventional Union 76 gasoline pump 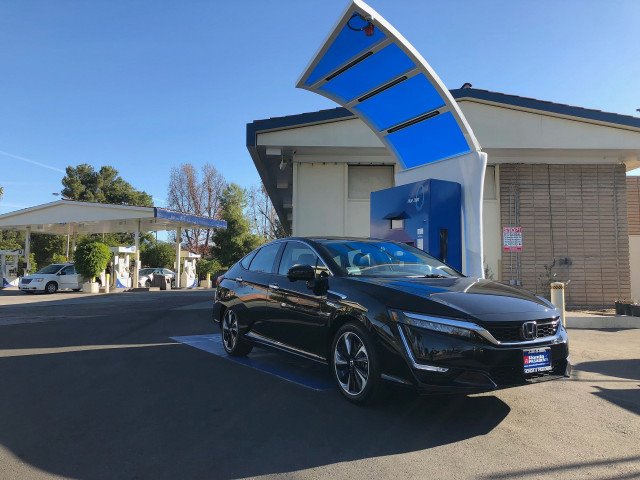 The Toyota Mirai, launched as a 2016 model, is the world's highest-selling hydrogen fuel-cell vehicle to date. Through the end of February, roughly 3,300 had been delivered in the U.S

By the end of 2015, Carter said at a conference after the Detroit Auto Show, "20 refueling stations are scheduled to be opened throughout California, with 28 additional stations set to come online by the end of 2016."

That would be a total of 48 stations by December 2016. The opening of the state's 33rd station shows the slip in the schedule set three years ago

All 33 retail hydrogen stations are located in California; the Department of Energy's Alternative Fuel Data Center also lists an additional eight sites that are not open to the public. 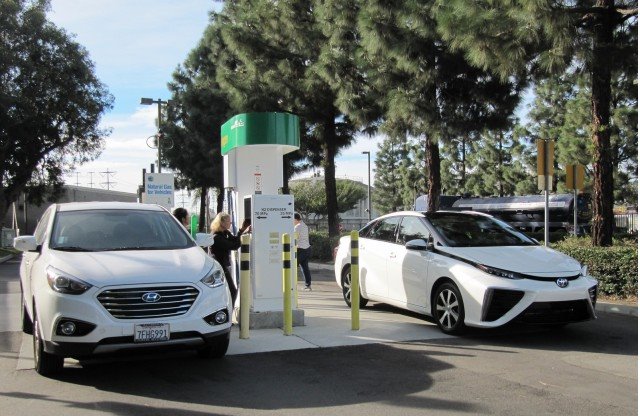 The car manufacturers that offer hydrogen-powered vehicles are so far only Honda, Hyundai, and Toyota, do so largely on three-year leases that provide considerable free fuel to lessees, who must live in specific areas of the state and live or work near fueling stations.

In addition to the 3,300 Toyota Mirais delivered through February, a further 760 Honda Clarity Fuel Cells sedans have been leased, along with less than 150 Hyundai Tucson Fuel Cell crossover utility vehicles

The 2019 Hyundai Nexo dedicated fuel-cell SUV is expected to become available for lease by drivers in limited regions of California by the end of this year.