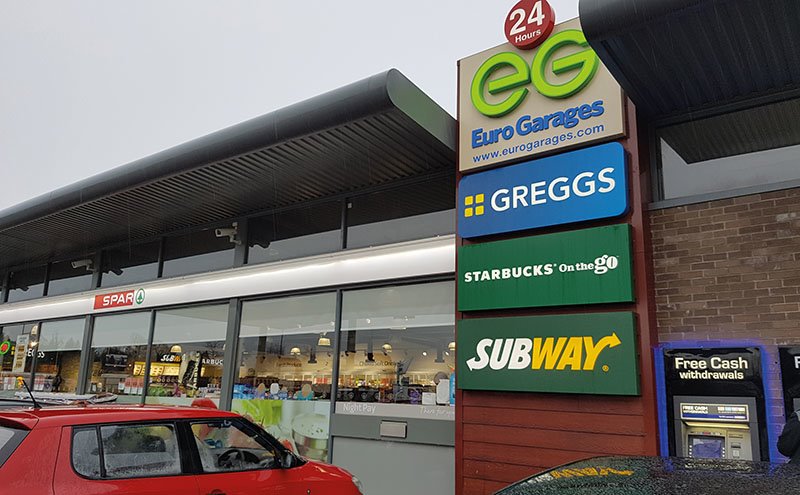 Gone are the days when a forecourt was a place to fill up your petrol tank and pick up a newspaper – now they’re hubs where people can do so much more, and the convenience retail market is capitalising on the growing popularity of forecourt shopping in a huge way.

The latest forecourt report by the Association of Convenience Stores (ACS) highlights that petrol forecourts are experiencing growth in more ways than one – the number of jobs they create is up, as well as the value of sales they generate.

Over the last reported year, forecourt retailers generated over £4bn in sales, proving that they have grown into an industry that not only provides an essential contribution to the UK’s economy, but to busy working people and to the communities surrounding them.

Forecourt retailers have started to make considerable investments in their stores – the ACS forecourt report claims that they spent over £12,000 per store in order to make business improvements last year. This is no doubt driven by developments in the motoring and fuel sector and the supermarket price war, as well as consumer behaviour changes and how they shop.

Last year, Alex Jensen – the vice-president of BP’s European retail division – said that as many as half of BP’s customers don’t even buy petrol when they go to a petrol station. The majority of the 8,500 forecourts in the UK now resemble a full convenience store or slightly scaled-down version, so petrol pumps seem to have become the additional benefit, rather than the main attraction.

Consumers are more demanding – they want to be fuelled at the same time as their car and they expect engaging, interactive experiences wherever they go. The growth in convenience culture means that drivers are prepared to do more shopping on-the-go and this has opened up an opportunity for retailers and created a new kind of forecourt.

Stores at petrol station forecourts are increasingly designed with the local community in mind. They optimise convenient and flexible shopping, but also incorporate the latest store innovations, having become a leading force among the convenience market.

Many sites that were once run exclusively by fuel retailers, like BP and Shell, have opened up to independents to become more than just a fuel-filling site. MRH and Euro Garages are just two of the bigger independents that have swooped in to transform forecourts into credible shopping destinations.

Couple this with partnerships between retailers and food operators, like Subway and Greggs, and you have a site that attracts a wider variety of consumers.

As forecourts continue to become a replacement for a corner shop – retailers need to take advantage of the shift in shopping habits to optimise the way in which the store is laid out.

The store design should provide a familiar feel to a convenience shop, so for smaller establishments, a looped floor plan works well for queue management and leading shoppers along a set pathway. This way, they can promote key products and services along the customer’s journey to the point of purchase.

As forecourt convenience stores become larger, the store design should enable customers to locate products quickly, but include services and displays that keep them in for a longer period of time. This could be food or coffee-to-go, for example, both of which promote an impulse purchase, but also leave a customer more satisfied with their in-store experience.