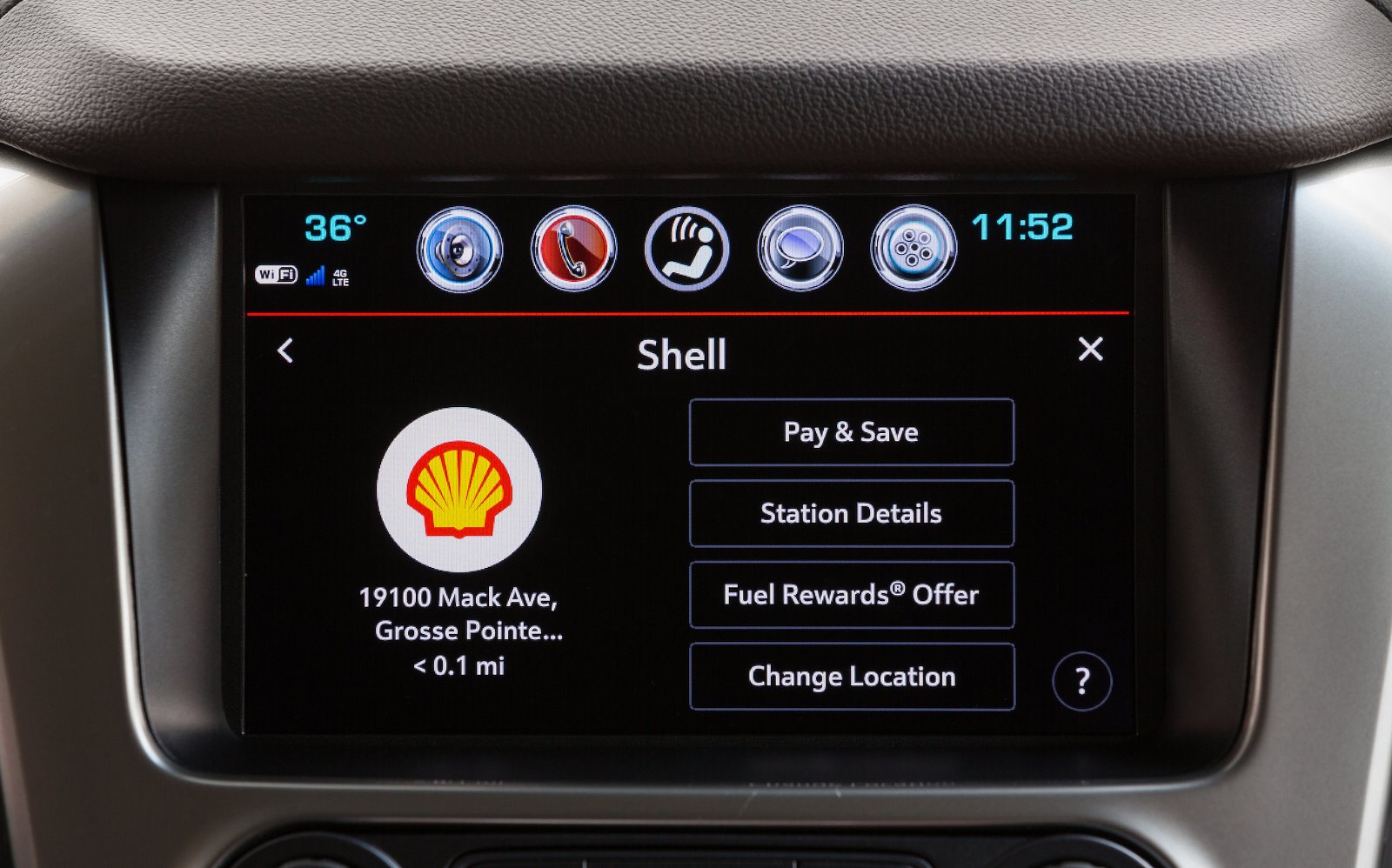 Chevrolet is teaming up with Shell to launch a new feature that allows drivers to pay for gas from their vehicle’s information screen. It’s the latest feature of General Motors’ new Marketplace service in which owners can pre-purchase coffee and gas or make restaurant reservations from the driver's seat.

Owners of select Chevy models will soon be able to drive up to any Shell station, select the fuel payment icon on their dash screens, and then begin fueling.

There’s no need to touch either your wallet or your phone, the automaker says. Actually, it’s a little more complicated than that, Chevy owners need to type in the number of the pump they are parked at, and then select their method of payment.

Marketplace allows users to input several different credit cards, then, owners need to input a PIN number sent to them by Shell when they register with the gas company’s “Pay and Save” program. The PIN allows for a “safe” transaction, says Chevy’s senior manager of online commerce Rick Ruskin.

And there’s more! The screen prompts Chevy owners to then authorize the payment. And when they get out of the car to begin fueling, they’ll need to input the authorization code at the pump given to them on their in-dash screen before the gas begins flowing. That’s three separate codes that are needed before even a drop of fuel enters your gas tank.

This feature is specific to 2017 and 2018 Chevy vehicles, and it only works at Shell stations in Detroit, Seattle, and Houston. Chevy says it’s gearing up for a nationwide rollout this summer, at which point it will be available at over 14,000 Shell stations.

The new feature is part of an ongoing effort by automakers to redesign the driving experience to include more smartphone-style features.

When it was announced last December, GM described Marketplace as “the automotive industry’s first commerce platform for on-demand reservations and purchases of goods and services.” Of course, other car companies are exploring similar features, including Jaguar with an almost identical partnership with Shell.

Chevy says its in-dash payment system is “embedded,” meaning it doesn’t require a smartphone or any type of tethering like the Jaguar solution. And while Jaguar utilizes PayPal and Apple Pay as its payment method, Chevy notes that its users can import their own credit cards, cutting out the middleman.

As cars get more connected, adding Wi-Fi and LTE capabilities, expect to see more shopping features and branded advertising included on the screens of vehicles.