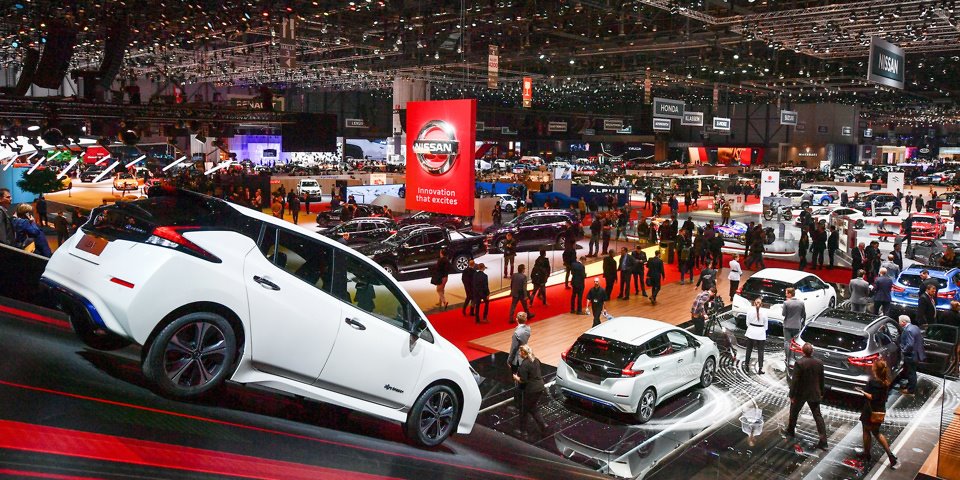 And at a time when oil prices and interest rates are rising, creating affordability pressures for buyers, manufacturers are doubling down on expensive, gas-guzzling sport utility vehicles and pickup trucks. From the perspective of automakers, both juxtapositions are entirely rational, but investors ought to brace for a transition over the next few years.

At some point over the past year the major auto companies recognized and announced that electric vehicles were the future, and said they were going to invest accordingly. Ford announced in January that it would invest $11 billion in electric vehicle development to bring 40 electric models to market by 2022. Executive Chairman Bill Ford said “that means we’re all-in now.”

But a big new investment going into electric vehicles means that some other part of the business is going to be starved of cash, whether it be buybacks and dividends for shareholders or an investment in another operating line. Whereas an upstart company like Tesla can rely on true believers to fund its operations with equity issuances and debt offerings, Ford and General Motors investors are more pragmatic and driven by results.

Which is why the big car companies intend to scale back their commitment to engineering smaller, more fuel-efficient vehicles — even as the companies promise to be more environmentally friendly, with alternatives to gas-powered automobiles. It’s just business: Small, mass-market vehicles aren’t the profit engines that larger vehicles are. If you’re going to be investing billions of dollars in a business line that doesn’t generate much in the way of returns, better to invest it in a technology that promises to be the future rather than a low-margin vehicle that might not be viable in five years anyway.

The capital allocation strategy has a certain logic to it, but the timing is questionable. While large vehicles are more profitable than smaller vehicles, and while over time, consumers have shown a greater propensity to want to buy SUVs and trucks instead of sedans, affordability and gas prices play into the equation as well, and right now, trends are shifting to favor smaller cars for the first time in years.

For one, gas prices are on the rise. Since bottoming out at $1.70 per gallon in early 2016, the average price consumers pay for a gallon of regular unleaded gasoline has risen by over a dollar, with prices approaching a three-year high. Forecasting oil and gasoline prices is generally a fool’s errand, but late cycle economies tend to coincide with rising commodity prices, and with input costs on the rise, it’s not unthinkable that prices could jump above $3 per gallon during the summer driving season. The higher prices go, the better smaller cars will look.

And buying any vehicle is getting more expensive as well. The rising cost of raw materials like steel, due in part to tariff fears, gets passed on to consumers. And the rise in interest rates makes fewer and fewer vehicles affordable. Auto loans are tied more to shorter-dated interest rates than home loans are, so Federal Reserve interest rate increases are felt immediately in the auto sector. If monthly payments for vehicles go up 20 percent, that might lead someone who was otherwise intending to buy an SUV into buying a sedan instead.

Automakers don’t have much choice really. Investments in electric vehicle technology and product lines have to be made. That money has to come from somewhere. It makes more sense to cut the production of less profitable sedans than more profitable SUVs.

Gas prices and interest rates are out of the control of auto producers, and if SUV sales slump because of those factors and some sort of economic downturn between now and when electric vehicles start to pay off, that’s just the price of being in a capital-intensive, cyclical business. It’ll mean a bumpy ride for investors.