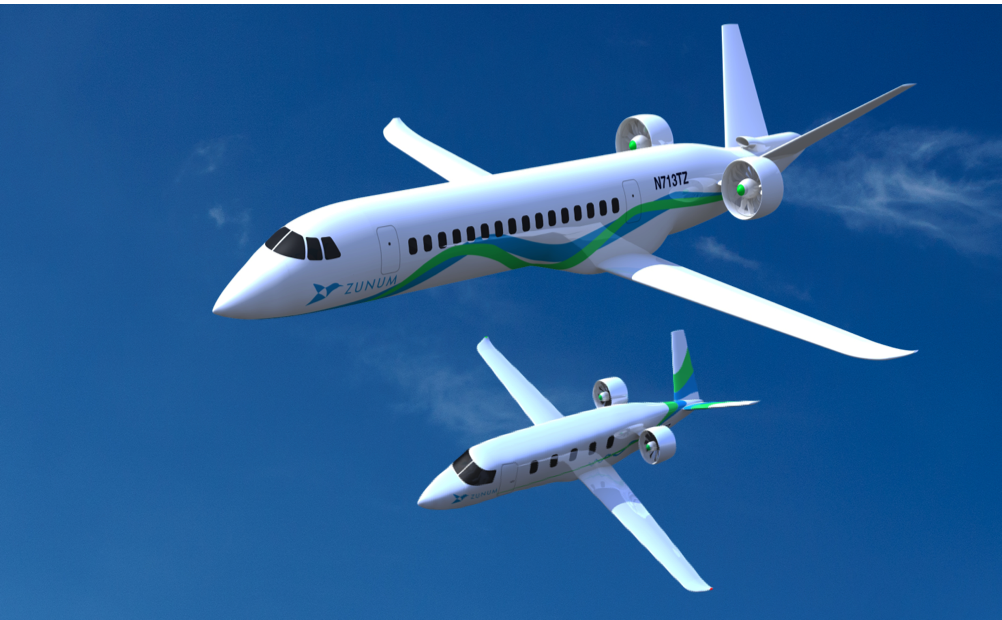 Boeing, along with JetBlue, is financially backing a hybrid 12-seater developed by another startup, Zunum Aero. The company says it has scheduled its first flight tests for 2019 and will begin selling the aircraft to airlines three years later. According to the company’s aero chief engineer and chief technology officer of power, the plane has the potential to revive regional travel by offering short-haul passengers an affordable, quicker means of travel.

Why hybrid? Because according to Zunum Aero, the energy storage problem has yet to be solved. In other words, electric plane makers have yet to come up with battery packs that are simultaneously energy dense enough to solve the weight problem, reliable enough for the high standards of air travel safety, and have a long enough range for the aircraft to make commercial sense. They also have to be cheaper than the alternatives, of course.

Hybrid is the natural solution before this happens. The batteries in the Zunum Aero will be mostly used for supplementary power especially during takeoff, when energy consumption is the highest. During the cruising part of the flight, the hybrid plane will be powered by a gas turbine. With a range of 1,125 km and an estimated price tag of US$3 million, the plane could have a very bright future ahead.

Batteries are the key to that future, and Zunum Aero is being smart about them. First, the battery packs can be quickly swapped at the airport if there is not enough time for recharging. More importantly, however, the company is not marrying its plane to lithium-ion batteries. The Zunum Aero is designed so it could switch to other “battery chemistries” should they prove a better alternative to the dominant lithium-ion technology.

Electric aircraft will no doubt take to the skies in our lifetime. There is simply too much pressure in this direction. The question is only how long it will take them to become mainstream. If the EV market is anything to go by, the answer is “quite long,” despite ambitious plans such as the ones recently shared by the chief executive of Norway’s state airport operator Avinor. “In my mind, there’s no doubt that by 2040 Norway will be operating totally electric” on short-haul flights. A lot of these will probably be done by hybrid aircraft.