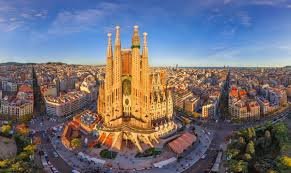 Barcelona City Council announced last week the development of a special urban plan to order the installation of gas stations in the city. The objective, they explain through a press release, is "to avoid the negative impacts and the inconveniences that this type of facilities can cause in the urban environment".

The current legal framework allows the implementation of gas stations, but without conditions that take into account the urban environment where they are located.

From the consistory consider that it is an "activity" that causes "numerous negative externalities", such as noise, smells or the great movement of vehicles. "It causes inconvenience to the neighbours," they say.

In this matter, the Commission of Ecology, Urbanism and Mobility of the city adopted the agreement to modify the urban planning in order to "introduce a specific regulation for the implementation of fueling stations" for motor vehicles, in all its typologies and of application in all the territory.

The plan will be based on different parameters such as the urban environment, its functionality or proximity to citizen facilities. "The objective is to guarantee the adequate protection of public interests , as well as coexistence in relation to public and private interests".

So that the drafting of the regulations does not produce a significant increase in requests for licenses contrary to the objectives of the plan, the team led by Ada Colau has decreed a suspension for one year of the granting of licenses for the exercise of new activities of gas stations or amplification of existing ones.

The scope of suspension covers the entire Catalan capital with the exception of the industrial sites of the Zona Franca, the industrial Verneda, the Torrent d'Estalleda or the Bon Pastor.

This suspension has been published this Friday in the Official Gazette of the Province of Barcelona.