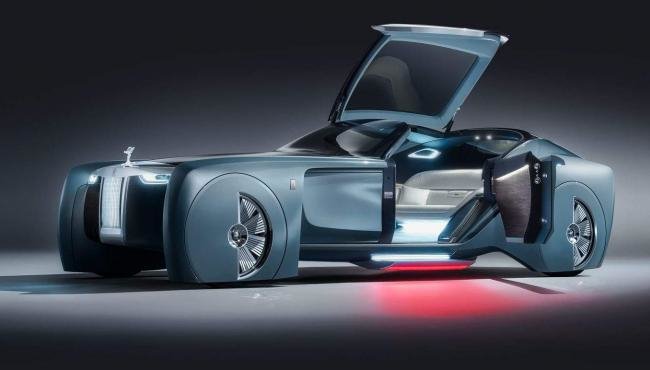 Rolls-Royce expects to be producing solely electric cars by 2040, as the British marque pledges to ditch the internal combustion engine that is synonymous with its ultra-luxury vehicles.The brand, which currently only offers 12-cylinder petrol engines in its cars, will be “full electric” by 2040 to comply with changes in international rules, chief executive Torsten Müller-Ӧtvӧs told the Financial Times.

The UK and France have both promised to ban cars that run without electric power by 2040, but the Rolls-Royce boss believes other markets — such as the US or Middle East — will also follow suit by then.“When you see what happens in Saudi, when you see what happens in Dubai, Abu Dhabi, they are all looking into alternative energy.“Electrification will also happen in these countries, sooner or later.”He added: “We will definitely offer 12-cylinder engines as long as we can, as long as it is legally allowed to offer them.

”The company aims to introduce its first electric vehicle within the next 10 years, but will phase out its existing engines over several decades. Carmakers all over the world are working on electric vehicles to meet ever-tightening emissions regulations, particularly in Europe and China.

For Rolls-Royce, the push towards battery power is driven more by “legal requirements in the markets worldwide” than environmental concerns, Mr Müller-Ӧtvӧs said. “These cars aren’t used extensively, nobody is driving long, long distances, and so the mileage on a Rolls-Royce is lower than the average car would carry .

But electrification is the future, full stop. You need to prepare yourself for that.”Rolls-Royce, which is owned by BMW, has previously shown a design for a 2040s car that was fully electric and autonomously driven.“Electrification actually fits extremely well with Rolls-Royce because it’s silent, it’s powerful, it’s torquey, so in that sense it’s a very good fit,” he said.

While the transition from petrol and diesel-driven cars to battery vehicles is expected to take decades, several governments have set timelines for when they want older vehicles without electric power to be phased out.The UK government will ban the sale of non-electric cars by 2040, as well as some hybrid cars.

France will also ban all non-electric cars by then and Germany has indicated it would be open to similar moves.China wants to have a fifth of its new cars powered electrically by 2025 and will require companies operating in the market to sell a proportion of electric vehicles.