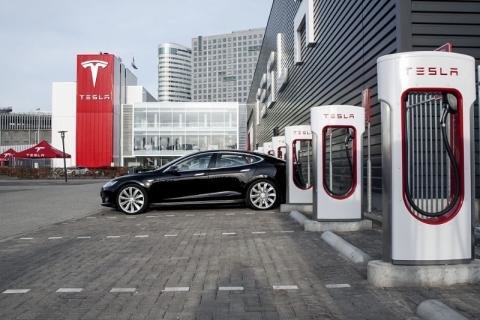 According to a recent report related to Tesla’s Supercharger network, new chargers are being deployed by the electric-car maker at a record pace in 2018.

The disclosure implies that even though Tesla Motors has already gained a lead in terms of deployment of electric-vehicle (EV) charging infrastructure, the company is still relentlessly installing new chargers because of the increasingly fierce competition from a number of EV fast-charging networks. Electric vehicles need strong charging infrastructure and Tesla is moving ahead by offering better charging network.

The addition of 121 new EV chargers by Tesla in the first four months of 2018 means that the company has deployed a new charging station almost every day thus far this year. However, a number of EV charger deployments by Tesla over the last few months pertain to the addition of new charge points to existing Supercharger stations.