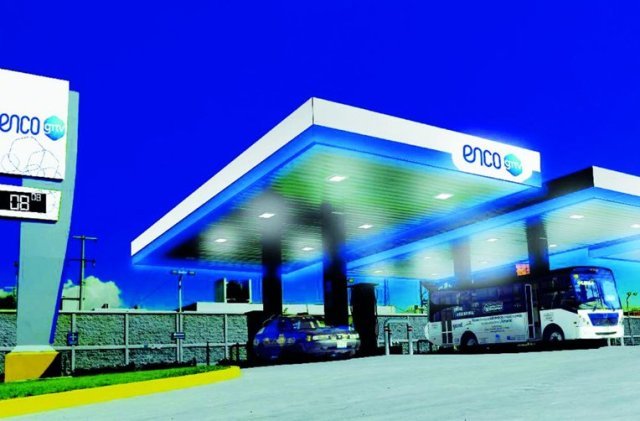 Onexpo Nacional, AC, the association representing Mexico’s gasoline station industry, reports that Energía y Combustibles (Enco) will invest $6.6 Million this year in new service stations for natural gas vehicles (NGV) in the country. About 30% of this sum will be directed to Nuevo León for the construction of a service centre for an as yet unnamed fleet operator and a self-service center located in the metropolitan area of ​​Monterrey.

Luis Felipe Echavarría Escobar, Director general of Enco GNV (previously known as Gazel) said these two new stations will be the company’s total to eight in the state. He added that Eco’s portfolio embraces other projects to facilitate the conversion of gasoline or diesel fleets of local companies and public passenger transportation fleets to Compressed Natural Gas (CNG).

Echavarría Escobar said that the new service station will serve about a thousand users which would result in an extension of the service network to three thousand beneficiaries. He explained the company’s intention is to focus on development of infrastructure first in Monterrey, then to spiral outward to neighbouring cities, creating a weblike network of CNG stations.

Several groups of taxi drivers are said to be interested in opening new refueling points but this has yet to be negotiated.

Altfuels Communication Group, the event organiser for AltFuels Mexico 2018 (held in April), says the development of the NGV market at the local level is exponential and this is evidenced mainly by the growth in natural gas refueling stations that, during the last three years, have increased 100%. Since the beginning of 2015, national and foreign investors have turned their attention to this sector, and by 2020, the Secretary of Energy (Sener) estimates that three million NGVs will circulate in Mexico.