Circle K has launched a €500,000 programme of special offers for customers of its garage forecourt stores as it rolls out its brand across Ireland over the next 12 months.

The group, formerly known as Topaz Energy, will be offering fuel vouchers, free car washes and offers on food and coffee in store.

The announcement on Monday coincides with the unveiling of one of the first sites in Ireland to rebrand from Topaz to Circle K – the City Avenue service station, located in Dublin’s Citywest Business Campus. 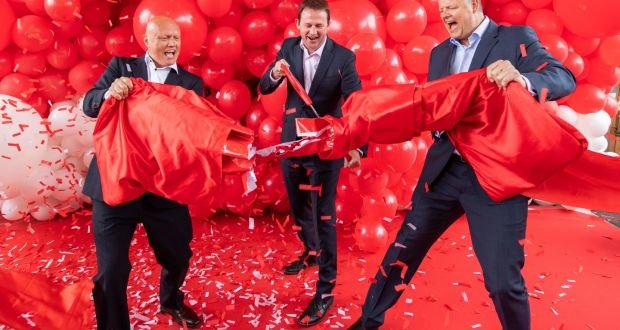 Circle K is a brand owned and operated by Canadian group Alimentation Couche-Tard, which acquired the Topaz chain from businessman Denis O’Brien in early 2016 in a deal reported to be valued at €258 million.

It now controls the largest network of fuel stations in the State – 420, of which 160 are owned by the company. The balance are run by independent operators. About 2,300 people are employed across the network.

The company also operates a large commercial fuels business, with more than 20 depots and two owned terminals across the country. The rebranding is a €20 million project for the Irish business, which is also investing in new motorway stations.

Jacob Schram, president of Circle K’s European operations, said the company would continue to “invest heavily in the Irish market”, the ninth in Europe to sport the Circle K brand. Niall Anderton, managing director of Circle K Ireland, said: “I am delighted to unveil one of our newly branded Circle K sites which marks the official rollout of the nationwide rebrand.”