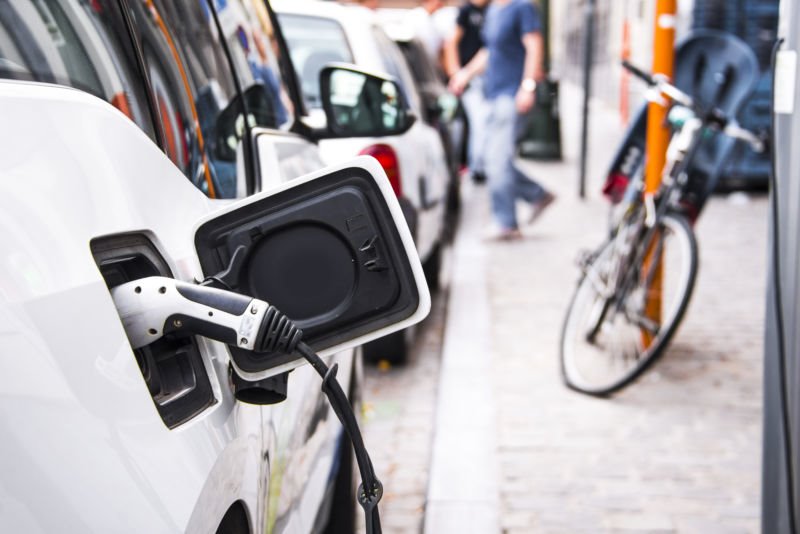 On Thursday, California regulators approved three plans from the state's three largest utilities, which will together result in nearly $768 million in electric vehicle (EV) infrastructure spending.

According to the San Francisco Chronicle, PG&E will spend more than $22 million on installing 230 direct current fast-charging stations in the state. PG&E and SCE together will spend $236.3 million and $342.6 million, respectively, "on infrastructure and rebates to support electric trucks, buses, and other medium or heavy-duty vehicles," including 1,500 charging stations for those vehicles.

SDG&E set aside $136.9 million to give rebates to up to 60,000 customers who install charging stations in their homes. All three utilities set aside $29.5 million to study the effectiveness of their programs. Utilities have a clear incentive to promote EVs: wrestling the transportation sector's fuel spending away from the oil and gas industry would be a major feat. But there's also a disincentive for utilities to encourage EV adoption too fast.

Despite the massive commitment from California, EVs on the road are still growing slowly. The International Energy Agency (IEA) published a report this week noting that there are currently three million electric passenger vehicles on the road around the world, up from 2 million a year ago.

An additional million EVs is impressive on its own, but EV market share in many countries still hasn't budged much. Norway continues to have the highest EV market share numbers in the world, as 39 percent of its cars are electric, up from 29 percent in 2016.

China's EV market share is now up to 2.2 percent, from 1.5 percent in the previous year, and the US finally cracked the one-percent market share barrier. Currently 1.2 percent of cars on US roads are now electric. The numbers are all trending positively, but likely not positively enough. Policy changes are needed to spur faster electric vehicle adoption, the IEA states.

The utility plans in California are a positive step, but getting other states to follow California's lead might be a challenge at the beginning (with the exception of New York and New Jersey, which both approved similar EV charging spending on Thursday worth $250 million and $300 million, respectively). The IEA notes that there are currently about 3 million EV chargers in peoples' homes and some 430,000 publicly-available EVs chargers worldwide.