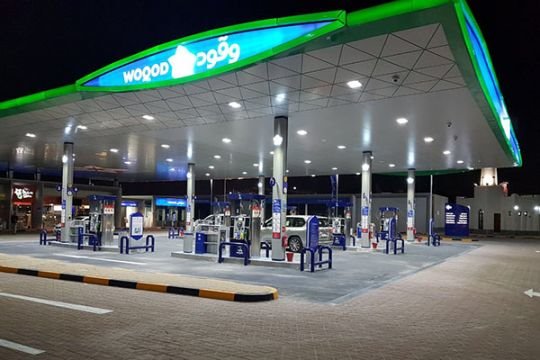 Qatar Fuel (Woqod) is planning to have a total of 88 petrol stations by the end of this year, and as many as 120 in the next three years as part of the company’s ambitious expansion plan in the local market, Woqod CEO Saad Rashid al-Muhannadi has said.

He was speaking to reporters on Sunday on the sidelines of the Woqod’s annual general meeting, presided over by chairman Ahmad Saif al-Sulaiti. “It is highly expected that the number will rise to 88 gas stations by the end of 2018, where 30 additional gas stations, 10 of which are mobile, will be built,” al-Muhannadi explained in a statement issued after the meeting.

The Woqod CEO said the company's current share in the fuel retail market reached 64% compared to only 48% in 2016, and stressed that it will rise to 85% by the year 2020. “This year witnessed the building of four permanent gas stations in Al Egla, New Slata, Al Thummama, and Motor City areas, in addition to two mobile gas stations,” al-Muhannadi said.

Al-Muhannadi said: “Woqod will not hesitate to build any gas station in every location where the plot of land is to be allocated, whether remote and irrespective of the economics of the same…Woqod is looking forward for more land allocation in Doha City for gas stations. Al-Muhannadi also said Woqod will install 158 or 51% additional dispensers at petrol stations this year to compensate the shortage created by the decommissioning of some privately-owned stations.

On petrol station growth and fuel growth trends, al-Muhannadi said Woqod “is determined to double the number of petrol stations by effecting a 100% increase from 2018 to 2020 with the view to achieve customer satisfaction and avert queues in the petrol stations, despite the fact that the increase of fuel consumption during the said years will not exceed 10%.”