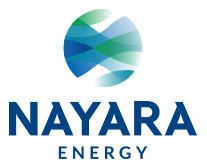 Indian Essar Oil Limited has been rebranded as Nayara Energy Limited. The decision was finalized at an extraordinary general meeting of its shareholders.

Following the changes in Essar Oil’s ownership structure in August 2017, the company’s development strategy includes a new brand and corporate identity positioning. The term ‘Nayara’ is coined from Hindi “Naya” (new) and “Era” and strongly signifies the shareholders’ vision of bringing the asset to a new era of development.

Essar retail network amounting to 4,500 fuel stations in India will keep its name after the rebranding of the parent entity. Short-term plans include a possibility of expanding the fuel stations network even further.