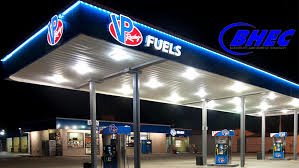 Retailers have already been signed in the northern Mexican state of Chihuahua, according to a news release. VP Racing Fuels, which mixes its fuel at a facility in Elmendorf, has at least 200 branded gas stations across the U.S. and Canada.