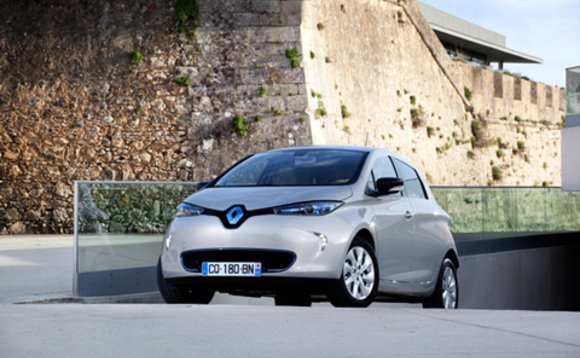 French carmaker Renault has announced that it will pour more than €1bn of funding into electric vehicle (EV) research, design and manufacturing at four of its plants by 2022.

The investment will see the French firm create a second Renault electric vehicle production site and develop a new type of electric motor by 2021, as well as doubling its capability to produce its fully-electric ZOE model. It will also enable the brand to produce three times as many EVs than its current levels.

Renault chairman Carlos Ghosn said the increased investment would “increase the competitiveness and attractiveness” of the company’s French industrial sites, due to the nation’s outright ban on the sales of petrol and diesel cars by 2040.

Ghosn added that he hoped the accelerated investment will help France’s industrial sector become a "centre of excellence" for EVs within the Renault-Nissan Alliance, in which the Renault Group has a near-50% stake. “Within the framework of its Drive the Future strategic plan and with the Alliance, Renault Group is giving itself the means to maintain its leadership in the electric vehicle market and to continue to develop new sustainable mobility solutions for all,” Ghosn concluded.

The announcement came as Renault, which had a 23.8% share in the European EV market last year, posted a 38% year-on-year growth in its EV sales and a 44% growth in ZOE registrations.

The move from Renault stands in stark contrast to the recent assertations from BMW and Toyota that they would continue to invest in diesel and hybrid vehicles in the face of the petrol and diesel phase-outs detailed in the UK Government’s Air Quality Plan and the EU’s 2020 emissions regulations.

Nonetheless, the EV revolution is undoubtedly continuing to gather pace, with carmakers and governments alike striking to establish themselves as leading investors in decarbonising the ever-problematic transport sector.

In the UK for example, the Government has set aside £1bn for the development of ultra-low-emission vehicles and £100m to support more electric vehicle charging infrastructure. As a result, it is estimated that the number of electric vehicles on Britain’s roads could surge to nine million by 2030.

In the business sector, top car makers including VW, BMW, Ford and Jaguar Land Rover have all recently moved to ramp up investment into EV production and battery research and innovation, while an ever-growing number of corporations such as Anheuser-Busch InBev (AB InBev), UPS and Heathrow Airport have taken steps to decarbonise their fleets.