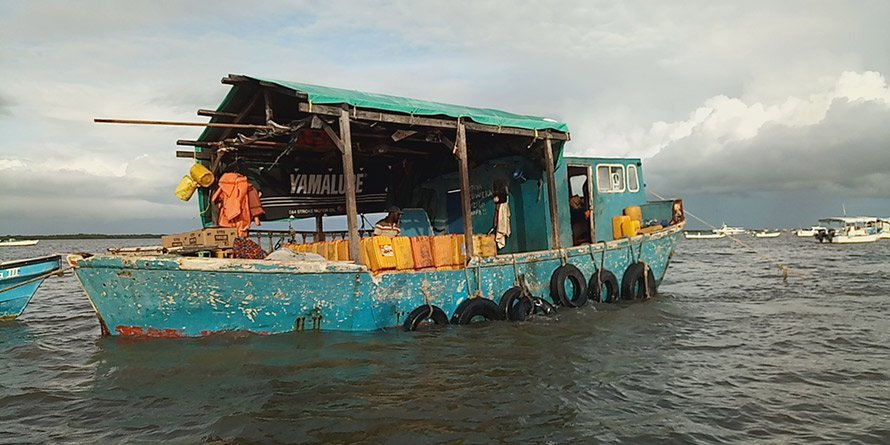 The location of fuel stations off Kenya's Indian Ocean coastline is unusual. On visiting Lamu Old Town you notice that all the petrol stations are located smack right inside the Indian Ocean, there is no fuel station on land, and there is a reason.

The island, which is one of the oldest and best-preserved Swahili settlements in East Africa, is home to at least 10,000 residents, most of whom are of the Swahili-Bajuni origin. Its historical uniqueness enabled it to be listed as a Unesco World Heritage site in 2001. Besides the well preserved age-old cultures, many things here are done differently compared with other parts of Kenya. One of the key things that is not allowed in Lamu Old Town is a petrol station.

Anyone interested in such a business has two options: to either cross over to the mainland or to set it up in the Indian Ocean. The reason behind this unique restriction is tied to the structural designs of buildings in the old town that are located closer to each other.

In 2014, a petrol and gas store burnt at the Lamu Seafront area. In December, 2017, a house burnt to ashes at Milano area in Lamu Town. But the existing ban on sale of petrol in the Old Town has turned to others as an opportunity to reap big. Three petrol stations on boats floating in the Indian Ocean have already been established, with thousands of boat operators and vehicle owners flocking the stations for fuel. 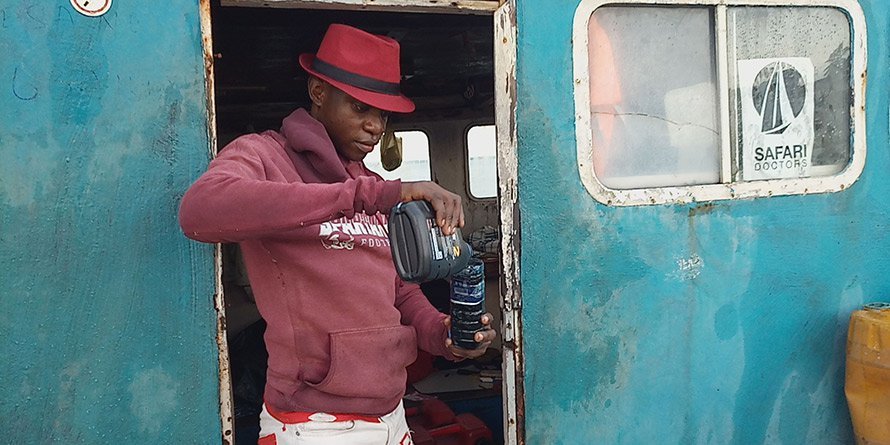 One of the petrol boat station attendants Crasmy Wanje says the fuel business in the Indian Ocean is really booming since he can serve up to 3,000 customers in a day. “I serve very many customers here right from tourists to local boat operators as well as motorcycle owners operating within Lamu Island. From 6am to 6pm, I can get as high as Sh 200,000 just from the sale of petrol here,” said Mr Wanje.

The Business Daily established that monopoly is one of the key reasons making petrol boat station owners overwhelmed with customers. This is because very few business people are willing to invest in petrol selling in the Indian Ocean due to the high cost of establishing the stations as well as ferrying the commodity to the required destination. 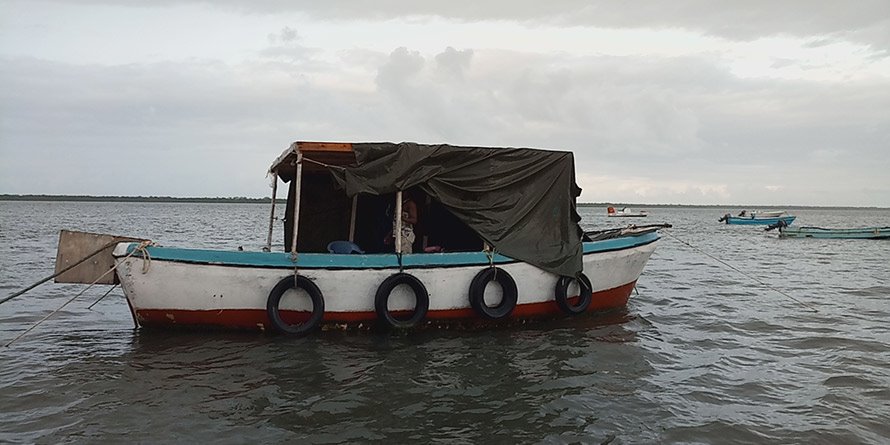 “The petrol stations here are few since operating one in the ocean is costly. "Ferrying the petrol from Mombasa to Lamu is already expensive not to mention having it transported to the ocean,” said Mr Abdalla Omar, a businessman in Lamu.

But for the few who have managed to establish and maintain the petrol stations in the middle of the Indian Ocean, they cannot hide their happiness that the business is doing them well. “It’s the best investment I have ever made. Despite the costs involved in maintaining the petrol boat station, I am still gaining much profit,” said one of the petrol station owners on the island who refused to give his name.