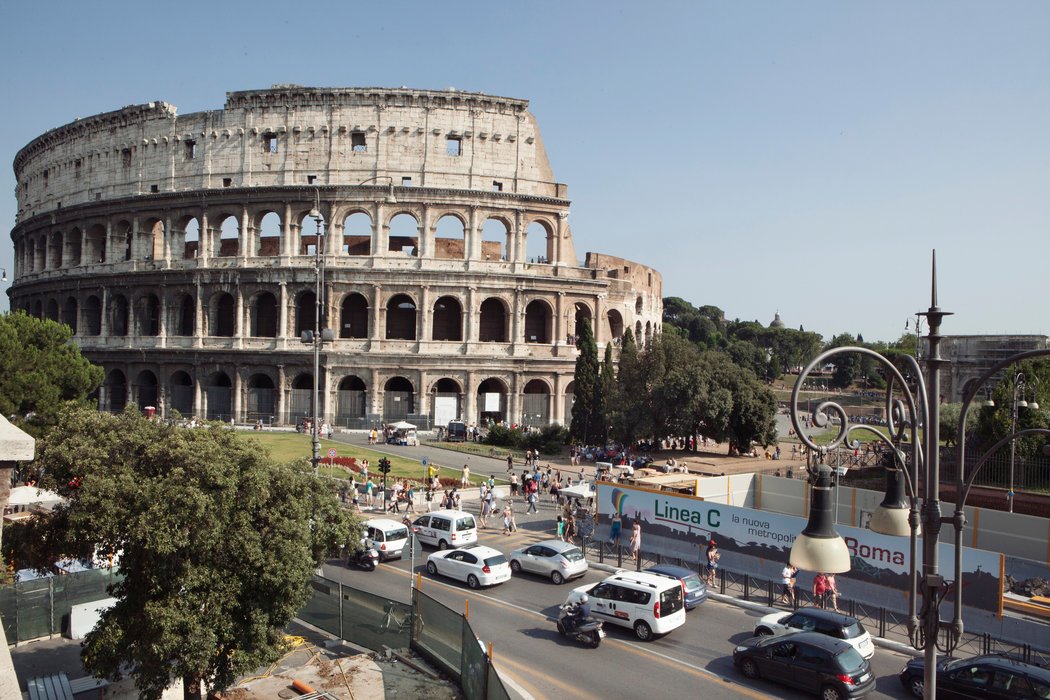 The populist government in Italy, Europe’s most sluggish market for electric cars, has a big-bang plan to put 1 million of the vehicles on the nation’s roads. Getting anywhere near that target could cost the state $10 billion in incentives.

As coalition partners the League and the Five Star Movement haggled last month over their contract to govern, Five Star managed to insert a passage on “reductions in gasoline and diesel vehicles.” The document goes on to call for “incentives to support the acquisition of electric and hybrid vehicles” -- a cash-for-clunkers program.

A spokesman confirmed that the Italian government is working toward the target, without clarifying whether the 1 million-car figure referred to fully-electric models or also included hybrids, and declined to comment on the cost. Italians last year bought just some 2,600 fully electric passenger vehicles, out of a total of about 2 million cars sold, and the number rises only to around 4,800 if plug-in hybrid models are included, according to the European Automobile Manufacturers Association.

Fewer than 5,000 fully electric models are estimated to be on the country’s roads today and that’s the rub, critics say. To flip the script and go from being an electric car backwater to Europe’s biggest market, the Italian government would need to roll out incentives at least at the level of Norway’s, which could cost several billion euros, analysts say. Even that might not be enough.

“If you want 1 million electric cars on Italian roads in the next five years, the only option is huge tax benefits like Norway’s,” said Promotor research institute head Gian Primo Quagliano, who’s tracked the country’s car sales for 25 years. “The government would be looking at incentives of about $10,000 a car, like France,” he said. Even at that level -- roughly $10 billion -- “it still remains almost impossible to get there so quickly.”

In Norway, Europe’s e-car leader, incentives cover everything from tax breaks, to exemptions from tolls to free ferry passage. Norwegians can expect about 9,000 euros ($10,400) in incentives on an electric version of Volkswagen AG’s Golf or 7,000 euros for a VW Up. In France, which could triple its electric car sales to about 150,000 by May 2022 according to Bloomberg New Energy Finance, incentives run to about 10,000 euros per electric car purchase.

Deliveries in Europe’s less vibrant EV markets, a figure which excludes fast-growing France, Germany and the U.K., are set to increase to 354,000 in 2022 from 182,000 in 2018, according to BNEF. While the researcher doesn’t give estimates for Italy alone, BNEF in its Long-Term Electric Vehicle Outlook 2018 said Italian take-up of electric vehicles is “far behind” the rest of the region, and that it “pulls the average of Europe down.”

If it’s serious about the 1 million-car target, the government may need help from companies like state-controlled Enel SpA, Europe’s biggest utility, which plans to invest 100 million euros to 300 million euros to install up to 14,000 charging stations in Italy by 2022. Still, Enel’s experience in the EV field may indicate that the target will be challenging.

“Developing public infrastructure is much more complicated than we expected,” said Francesco Venturini, head of Enel X, the business unit responsible for electric cars. “Without clear guidelines from the government and a clear vision, we are left in the jungle,” he said. “The automotive industry is getting ready for this change, it would be good to have a common vision from the government.”

While Di Maio’s target may be a stretch, few doubt that Italy will eventually embrace electric cars, and regulators and politicians across the spectrum are pushing for zero-emission vehicles. The city of Rome will ban diesel cars beginning in 2024 and Milan has begun drawing up plans for a diesel-free future.

Fiat Chrysler SpA Chief Executive Officer Sergio Marchionne, a one-time EV skeptic, now says his company will invest 9 billion euros to develop electric cars by 2022. Marchionne expects that by 2025 fewer than half the cars sold globally will be be fully combustion-powered.

Di Maio, whose hometown in southern Italy is not far from Fiat’s Pomigliano plant, made a point of applauding Marchionne’s new stance shortly after the new government took office. "We can finally start our projects, including the 1 million-electric car target,” Di Maio said in a post on Facebook.