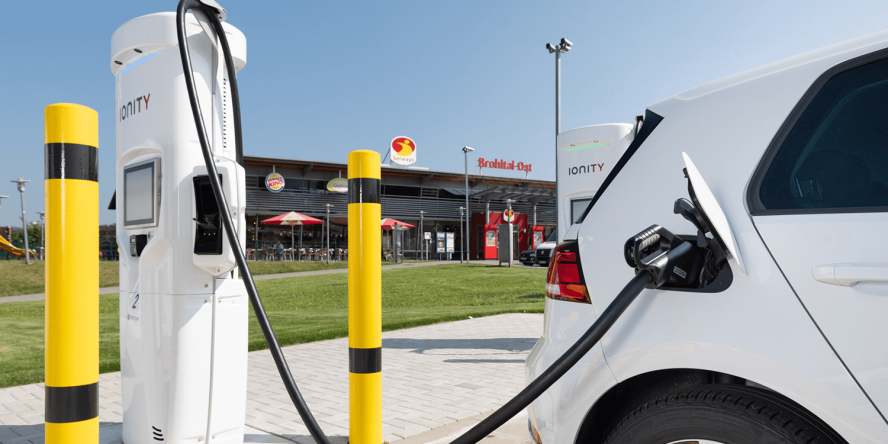 IONITY to fit a total of 80 Tank & Rast rest stations in Germany with EV charging. The two cooperation partners announced this at the unveiling of the first German HPC park at the Autobahn stop near Brohltal.

The location was only now officially opened by representatives from politics and industry, where the cooperation partners also revealed their plans for the next step. The plans will see IONITY adding high power charging stations with up to 350 kW capacity to 80 more locations by the Tank & Rast gas station service provider across the country.

The initiative is supported by the ministry for traffic and digital infrastructure and the appropriate local politicians. For the gas station operator, this marks the second step in electrification, as they had previously established a national charging network with 50 to 150 kW charging stations. So far, more than 300 gas stations have been fitted with EV charging infrastructure.

IONITY plans to expand to more than 400 HPC locations across Europe. The 80 planned stations in Germany will make a significant first step in that direction. Behind the initiative is a HPC alliance between BMW, Daimler, Ford and Volkswagen, along with subsidiaries Audi and Porsche.