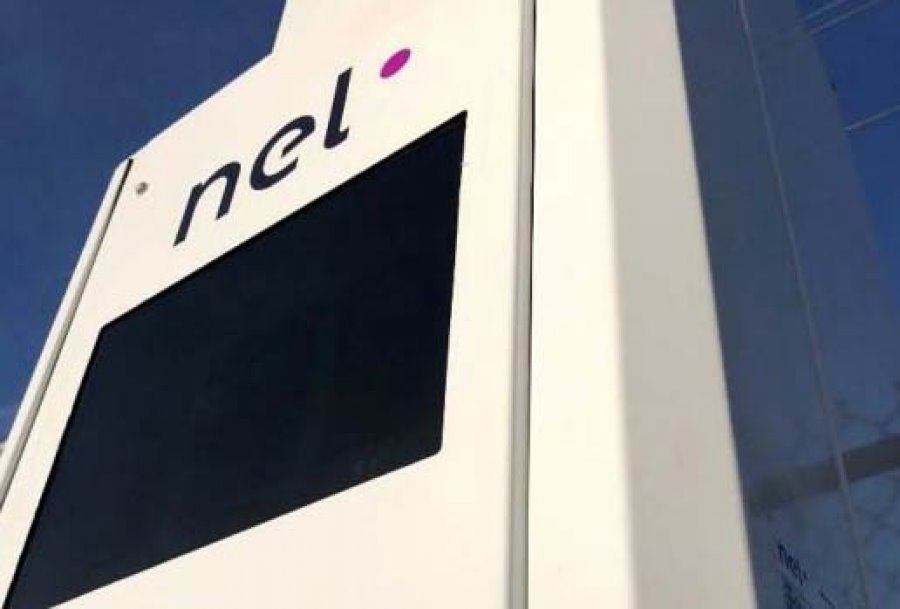 Nel ASA has been awarded a multi-billion NOK contract to supply Nikola Motor Corporation 448 electrolysers and associated fuelling equipment as part of Nikola’s development of a hydrogen (H2) station infrastructure in the US for truck and passenger vehicles.

Under the contract, to be deployed from 2020, Nel will deliver up to 1 GW of electrolysis plus fuelling equipment. The company reiterates a potential major expansion of the production capacity at Notodden, Norway, to accommodate the contract order.

Jon André Løkke, Chief Executive Officer of Nel, enthused, “We are immensely proud of announcing this contract with Nikola for the exclusive delivery of 448 electrolysers and supporting fuelling equipment as part of their groundbreaking development of a H2 station infrastructure across the US.”

“The multi-billion NOK contract is by far the largest electrolyser and fueling station contract ever awarded. It will secure fast and cost-efficient fuelling of Nikola’s fleet of H2 trucks, delivering support to major customers like Anheuser-Busch, as well as a growing fleet of Fuel Cell Electric Vehicles (FCEVs).

“We look forward to working with Nikola on developing the world’s largest, most efficient network of low-cost hydrogen production and fueling sites.” Nikola and Nel announced late 2017 an exclusive partnership aimed at developing low-cost, renewable H2 production and fuelling sites as part of a nationwide network of H2 stations, supporting Nikola’s vision of replacing the current fleet of diesel trucks in America with zero-emission H2 trucks.

Trevor Milton, CEO of Nikola, added, “The future for zero-emission trucks has never been brighter. Nel’s electrolysers are efficient and reliable, making them a natural backbone for our station infrastructure. We’ll begin fleet testing the Nikola H2 electric semi-trucks in 2019. “The first two stations will be installed in Arizona and California depending on permit timelines. The next 28 stations will be installed on each route outside of Anheuser-Busch’s Breweries or their distribution centres.”

“Each station will produce 700 bar and will be compatible with class 8 trucks and consumer cars. This is an incredibly exciting time and we have now contractually set in motion the largest network of H2 in the world.”

Under the contract, Nel will deliver 448 electrolysers and supporting fuelling equipment to Nikola, the rollout is expected to start in 2020. The contract includes an initial order for a pre-engineering package of around $1.5m, where Nel will develop a station design, including electrolysers, specifically made for fast fuelling of Nikola trucks.

Nel will continue to work, in collaboration with Nikola, to finalise the detailed station design and other technology elements to be deployed for the commercial stations. Nikola has already placed an initial order amounting to more than $9m for two demo-stations for which delivery will commence towards the end of 2018.

Early in May, Nikola announced that Anheuser-Busch has placed an order for up to 800 H2-Electric Powered Semi-Trucks. To support the Anheuser-Busch fleet of trucks, Nikola and Nel would need to deploy around 28 stations. This order volume alone will have a revenue potential for Nel of more than $500m.

The electrolyser stacks will be manufactured in Norway and fuelling equipment in Denmark. However, other supporting components and sub-systems will be sourced locally in the US to reduce costs and minimise transportation needs.

“We’re looking at a total contract volume which is many times higher than the current annual production capacity at Notodden. While we have not reached any conclusions on an expansion to accommodate the order, we want to reiterate our plans to develop the Notodden facility into the world’s largest electrolyser stack manufacturing facility, aiming at a cost reduction of around 40%,” said Løkke.