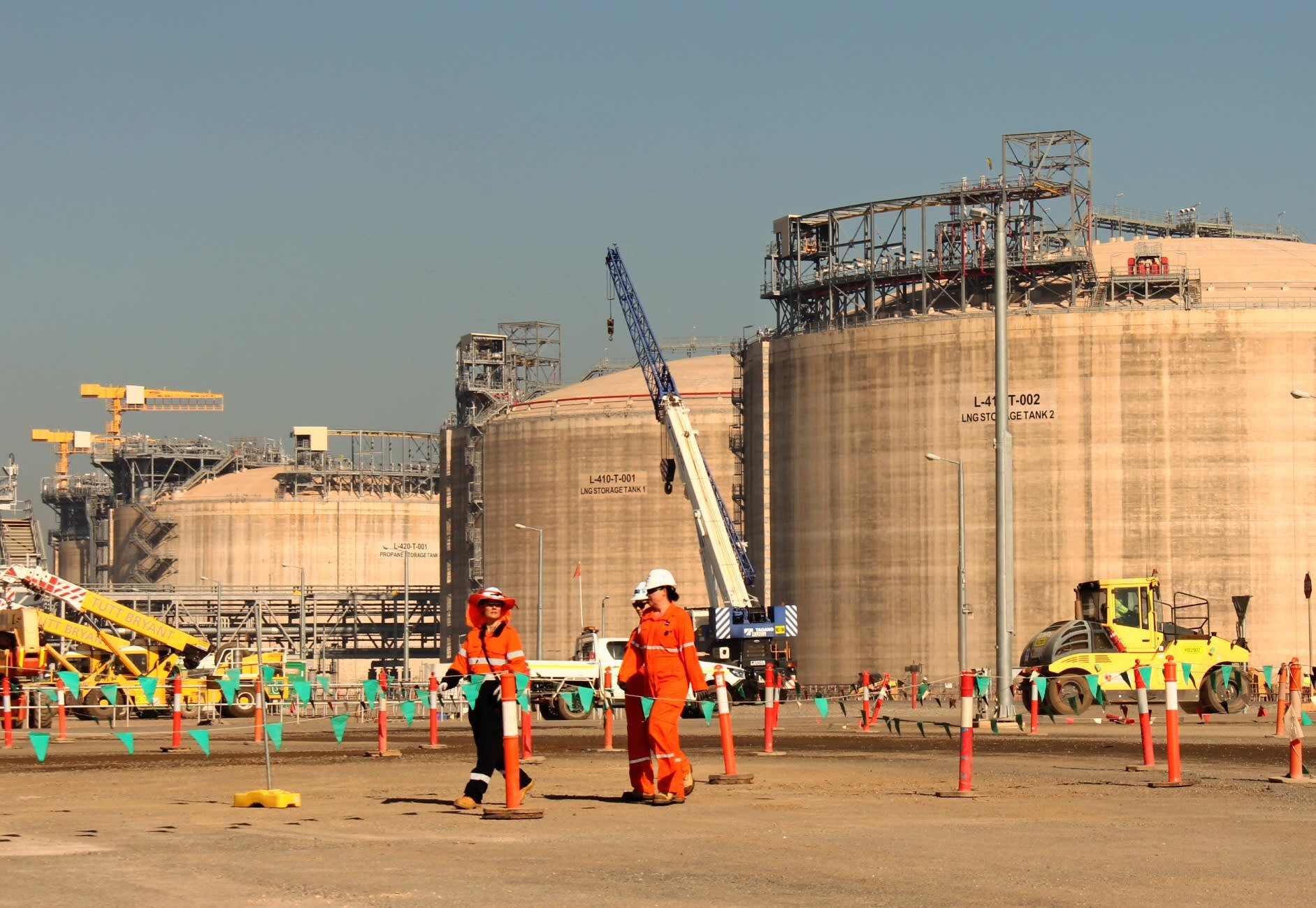 Inpex is the first Japanese company to lead such a large LNG development in a market long dominated by major Western oil companies such and Anglo-Dutch giant Royal Dutch Shell and Exxon Mobil of the U.S. When the Ichthys project goes into full operation in a few years, it will be able to produce 8.9 million tons of LNG annually, the equivalent of more than 10% of Japan's total LNG imports.

The large Japanese-led LNG project will reassure Japanese buyers that they can expect a stable supply from a domestic producer. LNG has become increasingly important as an energy resource for Japan and other markets. Inpex showcased the Darwin plant to Japanese media last week. Located in a quiet area about 45 minutes by road from the city center, the site features liquefying facilities, power stations and tanks. The facilities will be ready to go into production soon, said Inpex executive officer Hitoshi Okawa.

Since the global energy crisis of the 1970s, Japan has been shifting from a reliance on oil toward natural gas. But the hurdles to entering the LNG business are high, including the need for specialized knowledge on everything from obtaining stakes and developing production sites, to financing and securing sales networks. According to the Japan Oil, Gas and Metals National Corp., an independent government agency to promote the industry, Shell produces the largest volume of LNG at annual 40 million tons, based on ownership stake.

This is followed by about 21 million tons for Exxon, while Chevron of the U.S. and Total of France produce around 10 million tons each. Inpex is also developing an LNG plant in Indonesia, and the combined output from the Darwin and Indonesian sites will total more than 10 million tons a year.
About 70% of the nearly 9 million tons to be produced at the Ichthys site will be directed to Japan. With LNG demand surging across Asia, securing a stable supply is important, according to the procurement team at Tokyo Gas, one of the buyers of LNG from the Ichthys site.

Japan's LNG reserves amount to about 20 days, or a tenth of its oil reserves, according to Takayuki Nogami, chief economist at Jogmec. An interruption in the natural gas supply could have a severe impact on the economy, and thus a reliable domestic supply source is crucial, he said. Another positive aspect of the Ichthys project is that the shipping route from Darwin to Japan does not pass through any "chokepoints," such as the straits of Hormuz or Malacca, or the Panama Canal, giving it an added security advantage.