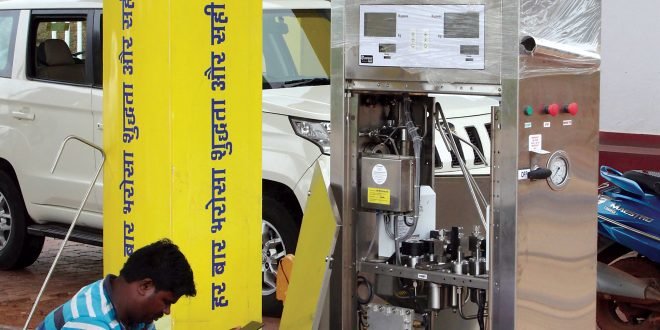 Stating that the infrastructure for the station is nearly complete, the official said that three more filling stations are being planned in the state. GAIL will be supplying the gas to the filling stations, while the oil marketing companies – BPCL, HPCL and IOC – will be handling the distribution through petrol pumps. The first CNG station will be the West Coast petrol pump at Old Goa where work has been on for setting up the dispensing machine. Most of the other infrastructure is nearly complete, said K K Sachdeva, chief executive officer, Goa Natural Gas.

CNG for vehicles is available in several states and cities and gaining popularity among car owners and even two-wheeler riders. Maharashtra has over 100 CNG stations, said technicians working at the West Coast petrol pump. Despite its small size, the density of traffic in Goa is among the highest in India. With vehicle population increasing, the state faces rising air pollution and respiratory infections.

Sachdeva said that CNG filling stations can either be linked through pipeline or dotter booster stations that receive supply through cylinders. The station at the West Coast petrol pump will receive CNG in cylinders but is likely to get through a pipeline in future after the gas pipeline is laid from Madkai to Old Goa. For consumers, the cylinder is of varying sizes and needs to be placed in the dickey. The one-time cost of retro-fitting the car is about Rs 40,000, although some cars models have in-built dual fuel system.