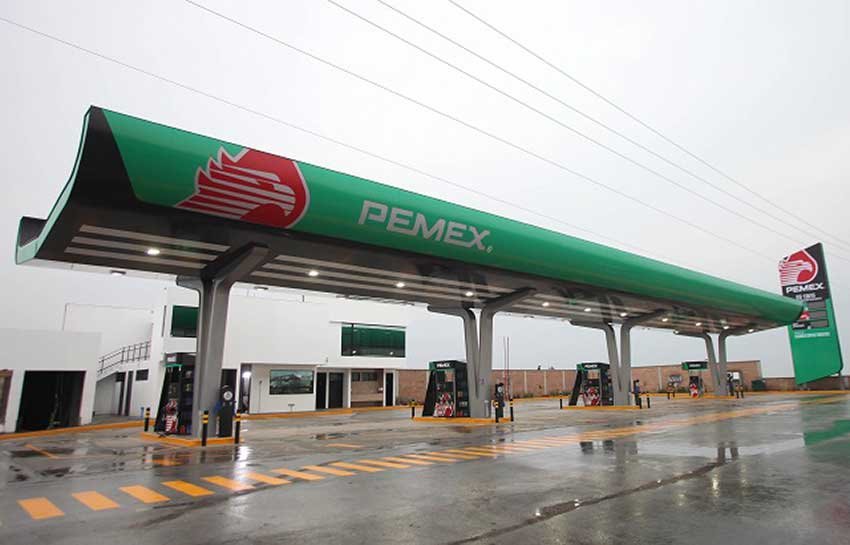 The new fuel station design was officially inaugurated on 1st August at a station in Atizapán Santa Cruz in México state. The state oil company has adopted a new look, one that is intended to reflect a new Pemex.

The head of the company’s industrial transformation division said the new design will be incorporated at 45 stations this year, eight new ones and 37 that will be renovated. Carlos Murrieta Cummings said the new concept was intended to maintain the franchise’s leadership in the domestic market.

“The new image breaks with the conventional and projects a new Pemex: a highly competitive business in an open market.” The company said in a statement that the new design reflects an eagle in flight, “a leader, strong and agile, with its wings extended towards new challenges.” Murrieta also said the company’s objective is to provide the highest standards of customer service, offering its clients experience, reliability, modernity and innovation.

The general manager of the Pemex franchise holder that operates the station said its sales have doubled since the new design was incorporated in mid-June.