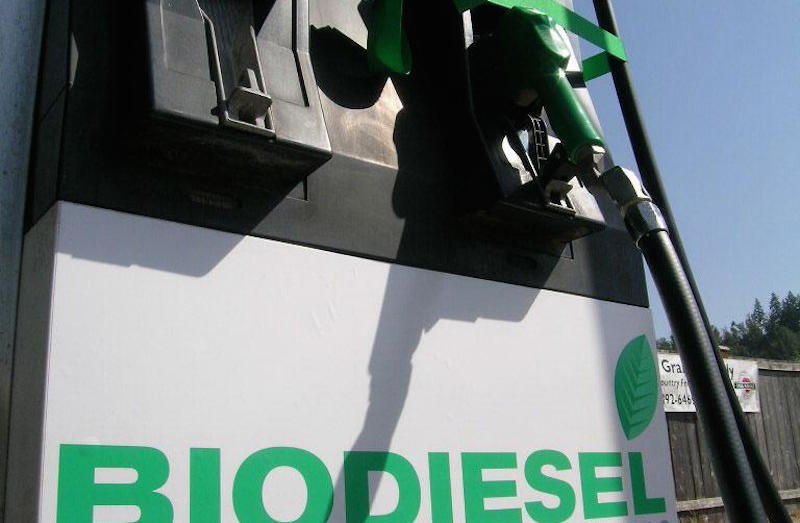 Indonesia aims to make the use of biodiesel blended fuels compulsory for all vehicles and heavy machinery from Sept. 1, Renewable Energy Director General Rida Mulyana said on Wednesday, amid efforts to reduce the current account deficit in Southeast Asia’s biggest economy.

President Joko Widodo in a cabinet meeting a day earlier said he wanted an immediate implementation of Indonesia’s biodiesel expansion program to help save billions of dollars in diesel imports. The government is revising draft presidential and ministerial regulations on biodiesel, and working out quota allocations for biodiesel producers and fuel retailers, Mulyana said. Biodiesel use is currently only mandatory for subsidized diesel users, which some users cannot buy.

“All ministries are ready. All fuel retailers and biodiesel producers are ready to clean their infrastructure, to identify what the problems are and then (carry out) mitigation,” Mulyana said, referring to the 19 biodiesel producers and 14 fuel retailers in Indonesia. “For example cleaning tanks for those with machine filters etc. We have already prepared guidelines on how to blend,” he added.

Indonesian fuel stations will not be allowed to sell unblended diesel fuel once the new rules apply, he said, adding that companies found selling unblended fuel will be fined. Mulyana estimated that with the new rules, biodiesel consumption next year will increase to 6 million-6.2 million kilolitres (KL) from an estimated 4 million KL this year.

In Indonesia, the bio portion of biodiesel is made with fatty acid methyl esters (FAME) from palm oil, but efforts to increase FAME concentrations in biodiesel have faced resistance from regulators as well as the automotive and oil industries. While biodiesel can cut fuel costs and reduce emissions, higher blends of FAME require special handling and equipment as the fuel has a solvent effect that can corrode engine seals and gasket materials, and it can solidify at cold temperatures.

According to Togar Sitanggang, a senior official at the Indonesian Palm Oil Association, B20 biodiesel has been tested extensively by the Energy and Mineral Resources Ministry and the tests had found only minor differences to mineral diesel fuel. It should be no problem for the broader market under the new rules, he told Reuters. “We have enough production. We have enough refinery capacity. We have enough biodiesel capacity”.

With the expansion of the B20 rules, Indonesia could increase utilization of its biodiesel production capacity to an estimated 35-50 percent, from around 25 percent at present, Sitanggang said. Indonesia’s current account deficit is estimated to widen to $25 billion this year from around $17 billion last year, amid an expected increase in imports.