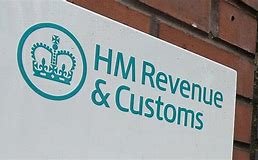 The British tax service HMRC has specified mileage reimbursement rates for electric cars. The new rate will be at 4 pence per mile for EVs from September, 1. This follows campaigning from fleet representatives and translates into a tax advantage.

The new rate, called the Advisory Electricity Rate (AER), has been set at 4p per mile and will be published alongside AFRs for petrol, diesel and LPG (liquefied petroleum gas) cars based on engine size. Plug-in hybrid and hybrid cars will continue to be treated as either petrol or diesel models.

AFRs apply where employers reimburse employees for business travel. They are deemed to be tax and National Insurance-free, hence why the new ruling is important. Says HMRC: “HMRC will accept that if employers pay up to the Advisory Electricity Rate of 4p per mile when reimbursing their employees for business travel in a fully electric company car there is no profit – there will be no taxable profit and no Class 1 National Insurance to pay.”

It is also in line with an expected surge in plug-in vehicles operated by fleets. The British Vehicle Rental and Leasing Association (BVRLA) has launched the ‘Plug-in Pledge’ this July, aiming to raise the number of PEVs in their fleets from 50,000 today to 720,000 by 2025. This target may even be achievable. The association’s members oversee almost five million vehicles on British roads. Add to this their combined buying power and the frequency of fleet replacement cycles, and they can indeed become a key driver on the journey to zero emissions.

The latter has been outlaid in the UK government’s Road to Zero strategy. It also feeds into the latest numbers of the Go Ultra Low campaign. They see an upward trend for electric and plug-in hybrid car sales in the UK. In the first half of this year, they counted one plug-in vehicle being registered every 9 minutes reportedly.