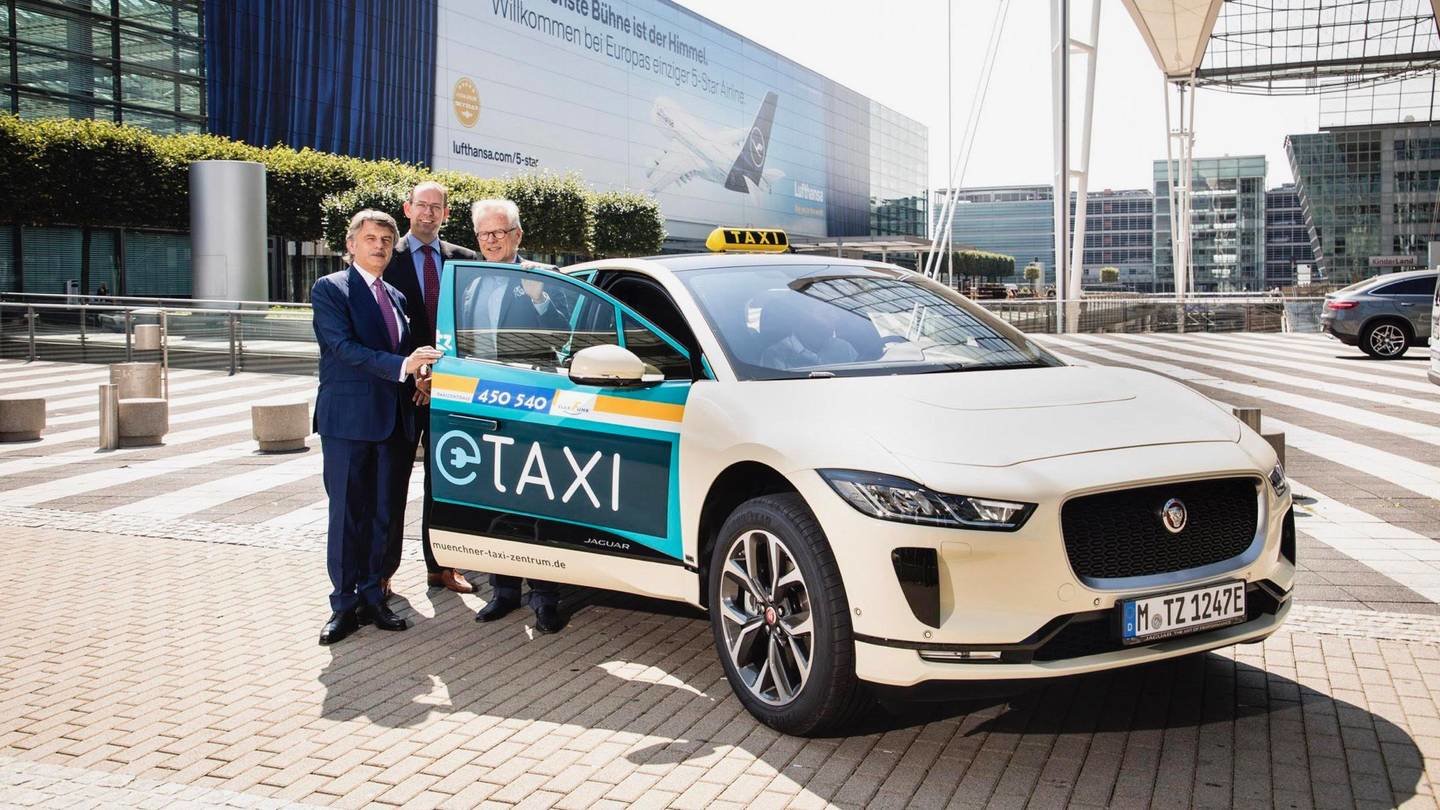 The Jaguar I-Pace is heading into enemy territory for a tough mission. Jaguar's first mass-market electric car will enter taxi service in the German city of Munich, competing with large fleets of diesel-powered cabs from local automakers. The rigors of taxi duty should help prove the durability of the I-Pace.

Jaguar said it delivered 10 I-Pace crossovers to Munich's largest taxi operator. Rides in the electric vehicles will be subsidized by the local government, as part of an effort to reduce air pollution. Jaguar also hopes taxi operations will be an effective form of advertising.

"We want to invite people in Munich to drive electric, but also drive Jaguar," Ralf Speth, Jaguar Land Rover's CEO, said in a statement. "One of the reasons we wanted to be here was the mixed traffic—you've got the city traffic, on the other you've got the autobahn to the airport."

Munich is the hometown of BMW, and Mercedes-Benz E-Class sedans are fixtures at taxi stands throughout Germany. But while BMW is planning an all-electric version of the X3 crossover, it's only current all-electric model is the pint-sized i3. Mercedes has yet to unveil its EQ C electric crossover, and Audi's e-tron is waiting in the wings as well.