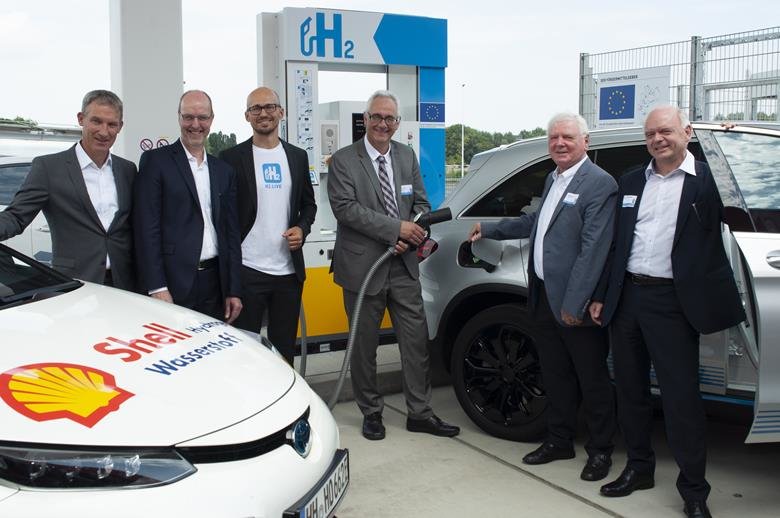 H2 Mobility Deutschland, Shell and Air Liquide have jointly opened the first hydrogen (H2) refuelling station in the Kassel district – the fifth in the state of Hesse. With the refuelling station at Shell SVG Autohof Lohfelden, the partners are taking a further step towards a comprehensive H2 supply network in Germany.

The service station is located directly at the Kassel-Mitte intersection of federal motorways 7 and 49, and close to motorways 44 and 38. This now provides drivers of zero-emission fuel cell vehicles with an additional refuelling opportunity on the important north-south axis between Frankfurt and Hanover as well. The principal and operator of the new H2 refuelling station is the joint venture H2 Mobility, which is establishing a H2 infrastructure in Germany. The Shell SVG Autohof is owned by SVG Hessen.

The refuelling station technology comes from Air Liquide. Markus Schewitza, Managing Director of Air Liquide Advanced Technologies GmbH, said, “H2 is today one of our best solutions to achieve the objectives of the Paris Agreement. H2 has notably the potential to efficiently decarbonise the transport sector which is one of the major source of pollution in our cities. Air Liquide is proud to contribute, together with the key private and public players, to the building of the biggest H2 infrastructure in Europe.

The H2 refuelling station conforms to the state of the art. Self-service operation by drivers is intuitive; refuelling is similar to conventional vehicles and takes three to five minutes. The facility holds around 200kg of H2 – enough to refuel 40 to 50 vehicles a day. The expansion of the requisite refuelling station network is making good progress. By 2019, a network of 100 refuelling stations is to be established across Germany. With Lohfelden you can now refuel at 44 stations already.

Nikolas Iwan, Managing Director of H2 Mobility Deutschland GmbH, added, “Germany is on the way to becoming a pioneer when it comes to electomobility with H2. We are currently building the backbone of the H2 infrastructure with the first 100 refuelling stations by 2019. We are locating the stations where the customers need them.”

The €1.4m facility is being supported by the European Commission in the Trans-European Transport Network, in the “Connecting Hydrogen Refuelling Stations” project. Thomas Zengerly, Chairman of the Management Board Shell Deutschland Oil GmbH, said, “Fuel cell technology is a promising technology, and H2 a fuel of the future. We’re assuming that this alternative drive system will play an increasingly important role from 2020 onwards in markets such as Germany, the UK, Benelux, the USA and Japan. We at Shell are on course.”