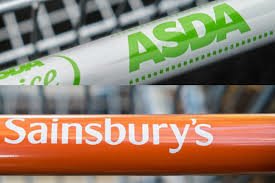 They warn it will mean the end of price wars as competition is eroded. Senior UK Tory MP Robert Halfon has written to Andrew Tyrie, chairman of the Competition and Markets Authority, demanding assurances that fuel prices are kept in check.

The ex-minister said: “I have serious concerns that this merger will affect market competition and there is a worry it will cause motorists to be hammered at the pumps. With half of all fuel sold through supermarkets, this merger could impact severely on the cost of filling up.

“Britons are already the highest taxed motorists in the world and any cut in competition is bad news.” Sainsbury’s and Asda — the second and third largest grocery retailers — will leapfrog Tesco as the country’s biggest supermarket if they merge. Bosses insist a tie-up will benefit consumers.

But Mr Halfon points out that Asda, the aggressive leader in cutting petrol and diesel prices, would effectively be controlled by one of its rivals . Three in four drivers believe oil firms operate a fuel pricing cartel, according to a FairFuel UK survey of 40,000 drivers this week. Half believe the big four supermarkets do the same.