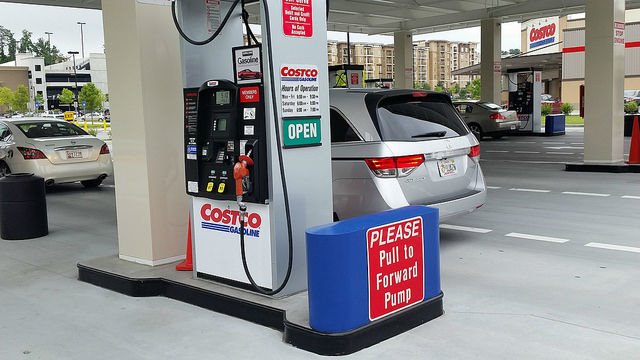 Apple Pay is now accepted at in-store checkouts at all Costco warehouses in the United States, according to MacRumors. The wholesale chain equipped warehouses with contactless payment terminals in the past several months, and activated them at all 750 locations on August 10.

Apple Pay joins payment services Google Wallet and Samsung Pay, which already were available at all U.S. Costco locations. Costco is outfitting its fuel stations with contactless readers, but only a few have gone live. Costco previously had tested Apple Pay at a warehouse in Issaquah, Washington, near its corporate headquarters, and a handful of other locations.

Costco’s support for Apple Pay is another sign that the iPhone maker's payment service is gaining traction among its users and major retailers in the United States, where consumers have been slow to adopt digital wallets compared with other regions like urban parts of China.

Other retailers have developed their own payment platforms, with mixed results. Costco rival Walmart introduced its own mobile payment service in December 2015, more than a year after Apple's debuted. But shoppers with access to Apple Pay and who have a mobile payment preference are twice as likely to choose Apple Pay over Walmart Pay, according to research from Auriemma Consulting Group.

Walmart Pay shoppers spent an average of $319 a month with the merchant, compared with $291 for Apple Pay users, Auriemma found. One of the biggest reasons to use the Walmart app was to save money at the point-of-sale. Walmart currently doesn't have any plans to adopt Apple Pay, according to a separate report by MacRumors. Walmart Pay is built into the retailer's app for iOS and Android, and works with any major credit, debit, prepaid or store gift card.

Unlike Apple Pay, which uses an iPhone's near-field communications (NFC) chip to quickly interact with a point-of-sale payment device, Walmart Pay asks users to use the app and smartphone camera to scan a QR code displayed at the checkout.

Walmart has resisted Apple Pay even as retailers like Best Buy and Rite Aid have added the payment method to their checkouts. Target currently accepts Apple Pay for online orders, but not in stores, and the service will be be launching at CVS and 7-Eleven in the U.S. later this year. Apple Pay is available in more than 20 countries, and this year will roll out in Germany.

Apple Pay, Samsung Pay, Google Pay and other digital wallets from original equipment manufacturers (OEMs), not third-party apps, are forecast to reach 450 million users by 2020, with Apple accounting for half of OEM pay users globally, per Juniper Research.