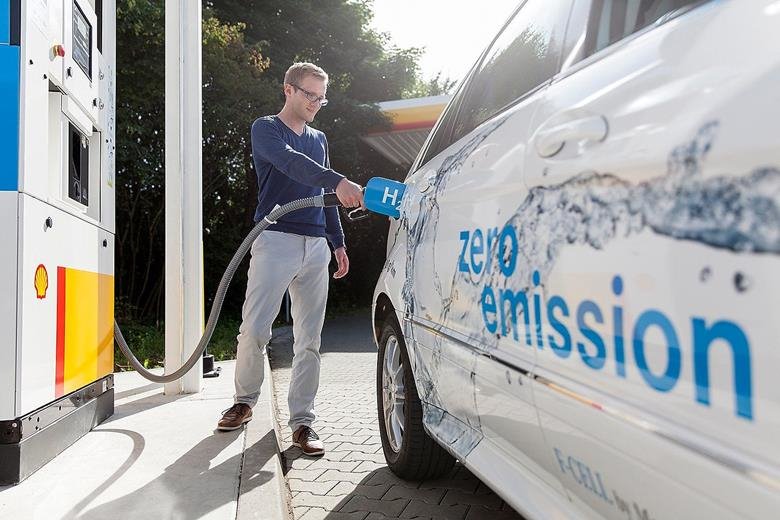 By the beginning of 2020 at the latest, H2 will be available at two Shell stations in the Amsterdam region. Shell wants to play an active role in the transition of the Dutch energy system and is investigating the possibilities for new activities.

“Electric mobility - both H2-electric and battery-electric - is an example of this,” said Marjan van Loon, CEO of Shell Netherlands. “We are already working on a network of fast charging stations in the Netherlands, and now we are also involved in the construction of a network of H2 stations.”

Oliver Bishop, General Manager of Hydrogen at Shell, added, “The advantages of H2-electric driving are the range and the fact that a full tank of H2 can be refuelled within five minutes. The only residual product of H2-powered is water vapor from the exhaust. This directly contributes significantly to better air quality. And if the H2 is produced from renewable energy sources such as wind or solar energy, it is even CO2-neutral across the entire chain.”

Shell uses the Demonstration Regulation for Climate Technologies and Innovations in Transport (DKTI Transport) of the Netherlands Enterprise Agency for the roll-out of H2 stations. Through this scheme companies, knowledge institutions and non-governmental organisations can apply for a subsidy for transport solutions with low or no CO2 emissions.

The proposed H2 stations are part of the extensive H2 project H2Benelux. This project is co-financed by the ‘Connecting Europe Facility’ of the European Union. Bishop continued, “We are happy with the cooperation with other companies and governments.

In Germany you can see how successful this can be. Here companies work together with the government on a network of four hundred H2 stations by the end of 2023, of which 230 will be Shell. And successful partnerships in the United Kingdom, Canada and California lead to the rollout of H2 station networks.”