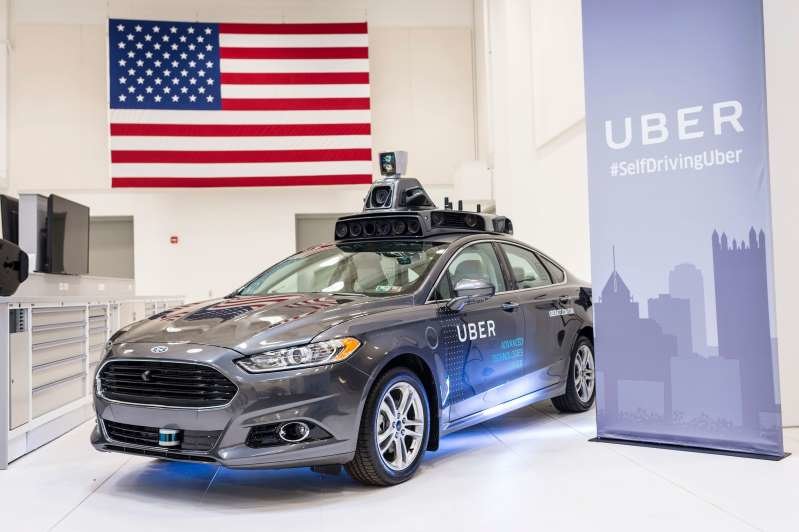 Toyota Motor Corp. is expanding an alliance with Uber Technologies Inc. through a new investment and a plan to get self-driving cars on the road. The Japanese automaker is investing $500 million in Uber, the companies said on Monday. The deal values the ride-hailing giant at $72 billion, said a person familiar with the matter.

As part of the pact, Toyota will manufacture Sienna minivans equipped with Uber’s self-driving technology, and another company will operate the fleet. They have yet to identify the third partner, said the person, who asked not to be identified because the details are private. Spokesmen for Uber and Toyota initially declined to comment but later confirmed the news. The Wall Street Journal reported the investment earlier Monday, and details of the driverless-car partnership hadn’t been previously reported.

“Since 2015, we’ve been working to bring safe, reliable self-driving technology to the Uber network,” Eric Meyhofer, head of Uber’s Advanced Technologies Group, wrote in a blog post Monday afternoon. “We knew we couldn’t do it alone, which is why we continue to partner with world-class vehicle manufacturers to make our vision a reality.”

Dara Khosrowshahi, Uber’s chief executive officer, is looking to stabilize the company after a rocky year of corporate scandals and the death of a pedestrian struck by an Uber self-driving car. Over that time, the company’s share price has seen more ups and downs than a typical privately held company.

The deal with Toyota raises Uber’s paper valuation by 15 percent from the last investment and matches the value of shares given to Alphabet Inc.’s Waymo after Uber settled a lawsuit over self-driving cars. A group of investors valued Uber at $62 billion earlier this year.

Uber has developed a three-pronged self-driving strategy. For one, Uber purchased Volvos, retrofitted the cars with its self-driving technology and operates the fleet on its own. In another, Daimler AG will own and operate its own self-driving cars on Uber’s network. And the deal with Toyota becomes a third pillar, where Uber licenses its technology.

Public road testing with Uber’s self-driving Volvos is still on hold after one of its vehicles killed a pedestrian in Tempe, Arizona, in March. Uber had deactivated Volvo’s automatic braking system in that vehicle, which raised questions about safety. The incident tainted the company’s expensive self-driving car program, giving automakers another reason to worry about working with Uber.

Nonetheless, Toyota has continued to stick with Uber since its initial investment in 2016. Toyota Financial Services Corp. has been providing incentives to Uber drivers to purchase the company’s vehicles. As with traditional rental companies like Avis Budget Group Inc., Toyota is also trying to sell Uber fleet-management services based on the rapidly expanding volume of data it’s collecting from connected cars. These services include being able to monitor whether a car is being properly maintained or driven too aggressively.

In a separate partnership around self-driving vehicle development outlined in January, a Toyota spokesman said Uber wouldn’t turn off the automaker’s built-in safety features, including radar and other sensors that help to anticipate what other vehicles and pedestrians are doing in a wide space around the vehicle.