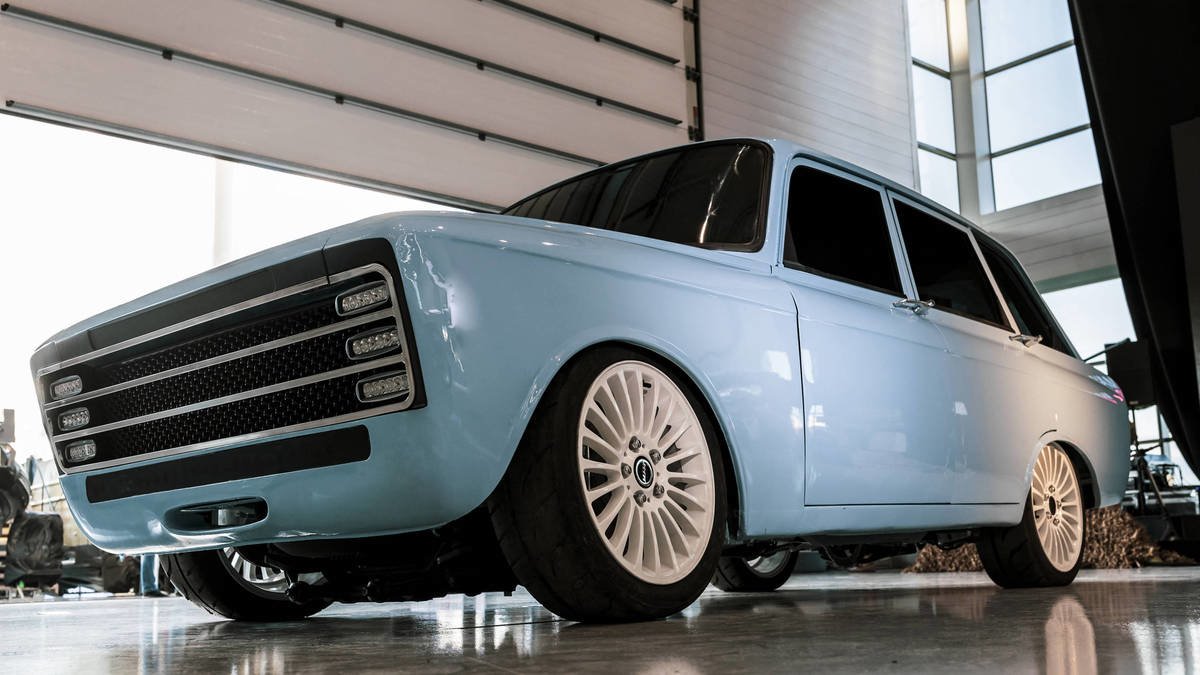 Do you like retro Russian cars but always wanted one built by a weapons manufacturer and powered by an electric motor? Then Kalashnikov has the EV for you!

Russian armament company Kalashnikov, best known as the inventor and manufacturer of the AK 47 automatic rifle, has announced they want become Russia’s Tesla with the introduction of an electric concept car.

The prototype, named CV-1, was unveiled at the Army 2018 International Military Technical Forum, a military exposition held in the town of Kubinka, Russia roughly 45 miles west of Moscow. It is based on an IZH-21252 "Kombi", a charming Soviet-era wagon that was sold from 1973 to 1997.

According to Kalashnikov, the CV-1 is powered by a 220 kW electric motor producing 295 hp capable of propelling the vehicle from 0-100 kph (62 mph) in six seconds. The company also claims that the CV-1 utilizes a “revolutionary inverter."

Range is estimated at 350 km (217 miles) on a single charge. Kalashnikov did not provide details on production or pricing. In addition to the electric powertrain, Kalashnikov outfitted the car with six LED light strips as headlights, modern wheels and tires and a rear-mounted charge port.

The look achieved by these alterations is pretty polarizing. Internet comments have ranged from “Stick to building guns, it's what your good at” to “Looks bad ass, hope it comes in military grey.”

In their press statement, Kalashnikov said, “This technology will let us stand in the ranks of global electric car producers such as Tesla and be their competitor.” If the notion that a Russian weapons manufacturer becoming a legitimate competitor to Tesla in the electric car game sounds farfetched…well, you’re not alone.

Several industry experts have commented that the appeal of the CV-1 would be very limited and that the company does not have the cash or technological expertise to successfully bring the car to market. Whether the CV-1 is a legitimate stepping stone to Kalashnikov becoming an electric car manufacturer or just a PR piece, we’d love to take it for a drive in the unlikely event it sees production.