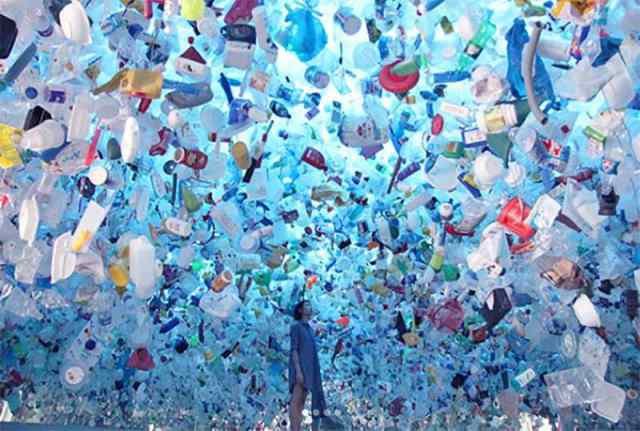 The world's use of plastic is costing us, and our oceans, a high price. But thanks to scientists at the University of Swansea, there might be one solution to the waste that kills thousands of sea creatures every year.

The new research, led by Dr. Moritz Kuehnel, would see plastic waste turned into hydrogen. If we're lucky, that could one day be used to fuel hydrogen cars. "There's a lot of plastic used every year -- billions of tonnes -- and only a fraction of it is being recycled," Dr. Kuehnel told the BBC. "We are trying to find a use for what is not being recycled."

The process works by cutting the plastic, roughening it up and adding a photo catalyst to it. This is a material that can absorb sunlight and transform it into chemical energy. "Our process is based on a principle called 'photoreforming' that uses semiconductor nanoparticles (so-called quantum dots) to transform solar energy into chemical energy," Dr. Kuehnel told CNET in an email.

The researchers then put the plastic into an alkaline solution and shine sunlight or a solar simulator lamp onto it, producing bubbles on the surface -- hydrogen gas. "The quantum dots can use sunlight to drive two simultaneous chemical reactions: The production of hydrogen gas from water and the degradation of plastics,"

Dr. Kuehnel wrote. "From a more practical point of view, the process is simple: The quantum dots are dropped onto the plastic, and the plastic is then placed into alkaline water. As soon as light shines on the plastic, bubbles of hydrogen appear."

A setback for recycling plastic bottles is that they're commonly made from PET, polyethylene terephthalate, which needs to be washed to be recycled into new, clear bottles. But the university's process would not require oily or greasy plastic to be cleaned, because it can degrade many kinds of waste. "Even if there is food or a bit of grease from a margarine tub, it doesn't stop the reaction, it makes it better," Kuehnel told the BBC.

The process is also cheaper than recycling the plastic, which is often burned or thrown in landfill because of expenses -- it costs approximately $4,000 to recycle a ton of plastic bags, according to The Balance Small Business. As for progress on hydrogen cars, Toyota, for instance, aims to sell a combined 1 million electric and fuel cell cars worldwide by 2030.

In Japan, Toyota will launch a fuel cell-powered bus called the Sora in 2020, fuel cell stacks being the components that combine hydrogen and oxygen to produce electricity. While the plastic fuel project may take a few years before reaching an industrial level, the researchers have received some handy funding from the Engineering and Physical Sciences Research Council out of Swindon and an Austrian petrochemical company.