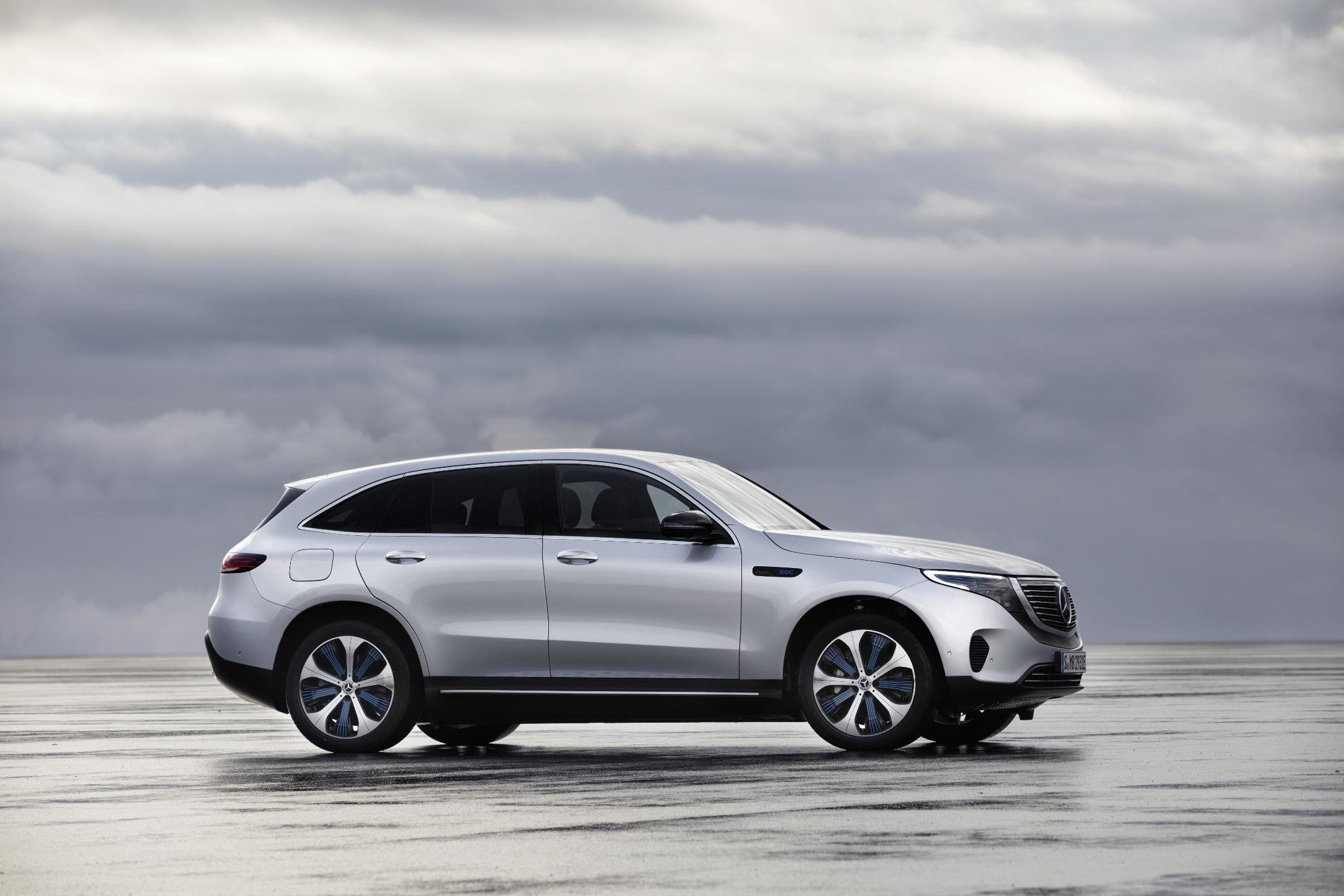 While it’s taken them two years to join the race, German automakers are poised and ready to take on Tesla during a particularly vulnerable time for the electric carmaker. Mercedes-Benz is set to unveil its much-anticipated electric SUV (pictured above).

Between Sept. 9-14, BMW will be flying the autonomous iNEXT electric crossover in a Boeing 777 Freighter to press events in Munich, New York, San Francisco, and Beijing, before returning to Frankfurt. On Monday, Audi began mass production of the Audi e-tron, the Volkswagen brand's first all-electric SUV with longer range that can compete with the Tesla Model 3 and Tesla luxury vehicles.

Teaser photos have been sent out, and Audi will unveil the EV at a world premiere in San Francisco on Sept. 17. During the Paris Motor Show in late September 2016, these German automakers had shown off luxury, premium concept EVs and committed to become Tesla-competitive. It was also a year later after the Volkswagen diesel emissions scandal had broken in the U.S. and spread to investigations by governments in Europe and Asia.

EVs were being seen as a viable solution to the scandal, and Tesla had been grabbing a great deal of attention that year after unveiling its more affordable, long-range Model 3.

This year, Tesla and its chief Elon Musk have become vulnerable missing production targets on its Model 3. There’s been talk among board members about making changes at Tesla such as searching for a No. 2 executive to even out some of Musk’s power — and to take some of the pressure off him. Tesla stock prices have been volatile.

While Tesla may be able to hit its overall production target in the third quarter, the Model 3 is still behind the mark. The electric carmaker appeared to be behind on its goal of making 6,000 Model 3s per week by the end of August. There are other pressures to face, but Tesla appears to be continuing its campaign to continue leading the EV market, with China’s growing “new energy vehicle” EV market a big part of that strategy.

Sales of the Model 3 are expected to reach 50,000 units this year and almost double that in 2019. An affordable Model Y SUV will be joining the Model 3, Model X premium SUV and Model S luxury sedan, but not before 2020-21. The Mercedes EQC being revealed this week will be Daimler’s first production model under the company’s electric EQ sub-brand. BMW and Audi will also be investing in ambitious marketing campaigns for their EV launches.

The EQC is slate to reach customers next years, and will be priced close to its petroleum-powered GLC and will be ready to compete with the Tesla Model 3, which can be priced up to about $49,000 with popular add-ons. “While Tesla currently has a strong hold on the luxury electric market, I don’t think this will be the case after the arrival of the German premium offerings,” said Wajih Hossenally, an automotive powertrain analyst with IHS Markit. “Tesla has virtually zero competition — but this will change from 2019 onwards.”

Auto forecasting firm LMC Automotive expects that Tesla’s current 12.3 percent sure of the electric vehicle market will decline to about 2.8 percent with high volumes of competitive offerings coming to market. BMW is changing its typical marketing campaign with a round-the-world tour showing off the iNEXT electric crossover. The Lufthansa Cargo aircraft, built on a Boeing 777 Freighter, will allow the German automaker to use the aircraft as showroom for dozens of journalists in Munich, New York, San Francisco, and Beijing.

The Audi e-tron began mass production this week at the company’s Audi Brussels manufacturing plant. It has a charging capacity up to 150 kW at fast-charging stations. The e-Tron is due in Audi showrooms early next year. In 2020, two more electric Audis and the the Porsche Mission E electric sports are slated to roll out.

Questions have been raised over whether competitors will have a viable alternative to Tesla’s proprietary Supercharger network for fast charging. German automakers have been investing generously in medium- and fast-speed charging networks in Europe, North America, and China.