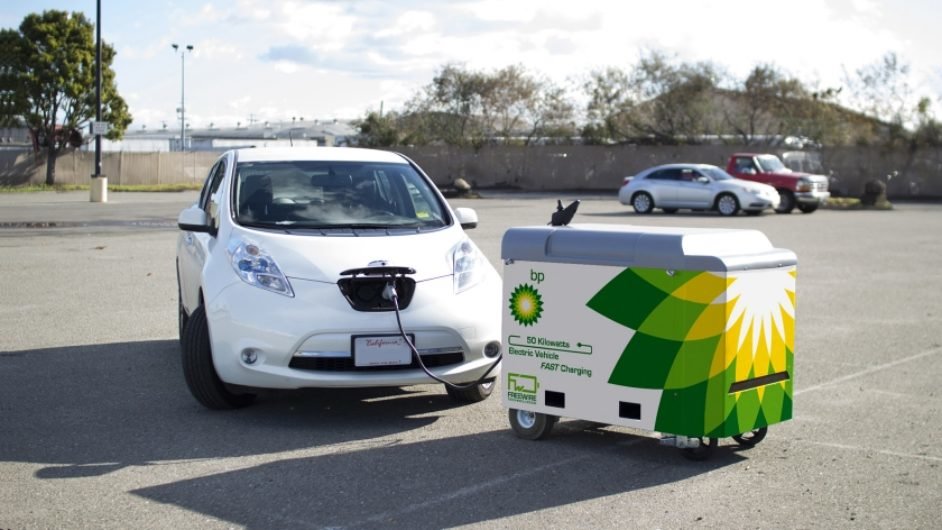 BP has launched a trial of its FreeWire electric vehicle charging service at its filling station in Hammersmith, London offering drivers free charging from the mobile units.

Upon arrival, drivers sign up to the terms of the trial including giving feedback on the service, which sees a Freewire operator initiative and end the charge using the mobile battery, which can charge up to 50kW.

The company said in January it planned to roll out the offer at selected retail sites across the UK and Europe after investing US$5 million (£3.53 million) in US-based manufacturer through its BP Ventures offer.

The investment came less than six months before BP bought EV charging manufacturer and supplier Chargemaster for £130 million, with both investments reflecting the company’s strategy of embracing a ‘broad range of scenarios’ within its energy strategy.