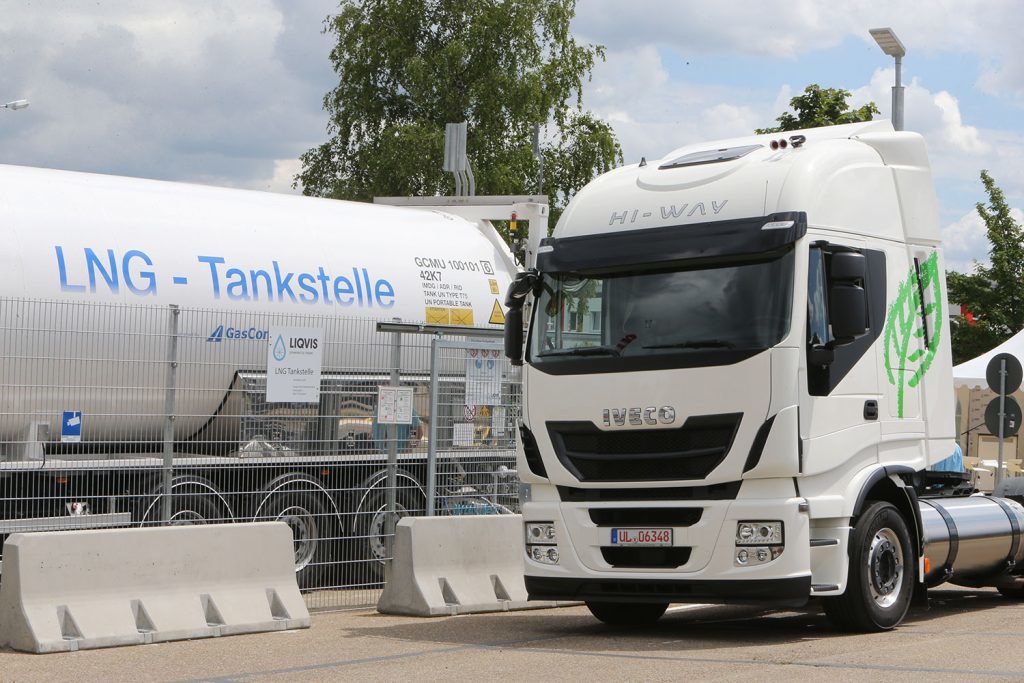 At IAA, Liqvis is presenting plans to further develop an LNG filling station network in Europe The Uniper subsidiary LIQVIS will soon be commissioning a permanent public filling station with liquefied natural gas (LNG) in Freienbrink.

The plant is one of the first permanent LNG filling stations in Germany and was built at a strategic traffic junction near Berlin. Freienbrink has a particularly high volume of delivery traffic, which ensures optimum accessibility for logistics companies and commercial transport.

The exceptional advantage of LNG as an alternative fuel is the environmental compatibility: LNG-powered trucks emit significantly less carbon dioxide and virtually no nitrogen oxides and particulate matter; in addition, they are much quieter than comparable vehicles with diesel engines.

The technology is matured and ready to use. Especially against the background of rapidly increasing transport freights, LNG offers the fastest and most efficient solution for more environmentally friendly commercial transport on the road and is also cheaper than diesel.

As soon as the filling station is opened for commercial operation, two LNG vehicles can refuel liquid natural gas in parallel and around the clock, seven days a week. Depending on the tank size, a single refueling process only takes between four and eight minutes and can be sufficient for a distance of up to 1,600 km.

With the plant near Berlin, LIQVIS is realizing the first filling station site within the framework of the EU's "Connecting Europe Facility (CEF) for Transport" program - the Uniper subsidiary has received support in the amount of up to 9.6 million euros from Brussels.

Further filling stations are planned at central locations such as Hamburg, Hanover, Kassel, Munich, Kamen, Ulm and Cologne. Also in France and Belgium, three new filling stations each in the Metz, Calais, Vitrolles and Liege, Antwerp, Brussels areas will contribute to the supply of LNG for trucks.

Silvano Calcagno, Managing Director of LIQVIS, says: "Vehicles, propulsion and refueling technology for LNG have achieved the necessary industrial maturity and are already available today. But due, in particular, to unattractive political and economic conditions, the market in Germany has hardly developed so far.

By building up a demand-oriented LNG filling station network in Germany and select neighboring countries, we want to further promote the expansion of LNG in commercial transport. By improving environmental friendliness and reducing noise in road traffic, we are making an important contribution to the energy transition."

About LIQVIS and Uniper :As a subsidiary of the international energy company Uniper, LIQVIS is building a demand-driven infrastructure for LNG in commercial transport. Since 2017, the company has operated two LNG filling stations in Germany.

Uniper is active worldwide with approximately 12,000 employees and operations in Europe, Russia and numerous other markets. The company operates power plants in Europe and Russia with an installed capacity of approximately 37 gigawatts and creates new relations between global energy markets through their commercial activities. Uniper is one of the leading companies in the LNG business and is represented at many stages of the LNG value chain.