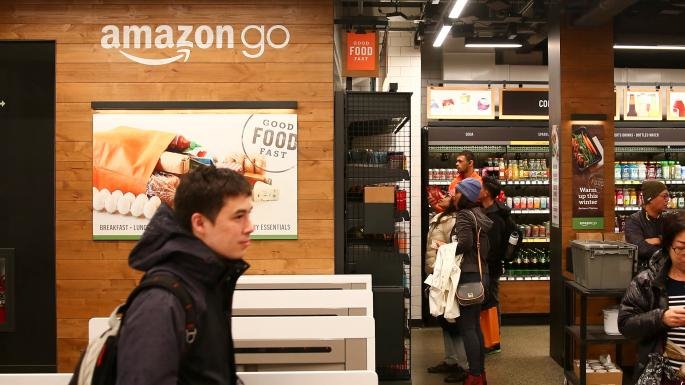 The American retail industry is bracing itself for a new onslaught by Amazon, amid reports that the ecommerce giant could open as many as 3,000 high-tech inner-city grocery shops by 2021.

The $940 billion company was said to be considering a wider expansion of Amazon Go, a grocery shop concept that has no cashiers and uses an artificially intelligent motion-tracking system to record what shoppers buy.

Amazon Go’s technology combines the same computer vision, sensory and artificial intelligence systems that are used in self-driving cars, but the company is not saying precisely how it works. The technology in Amazon’s first Go shop is thought to have cost about $1 million.

Amazon has poured considerable resources into its grocery business in the past 15 months, not least buying Whole Foods, the upmarket organic grocer, for $13.7 billion last summer.

It opened its first Go branch underneath its headquarters in Seattle at the start of this year. It now has three in the city and one in Chicago. That, however, may be only the start. It aims to have opened ten branches by the end of the year, fifty by the end of next year and as many as 3,000 by 2021, sources told Bloomberg News.

A spokeswoman for Amazon said last week: “We don’t comment on rumours or speculation.”