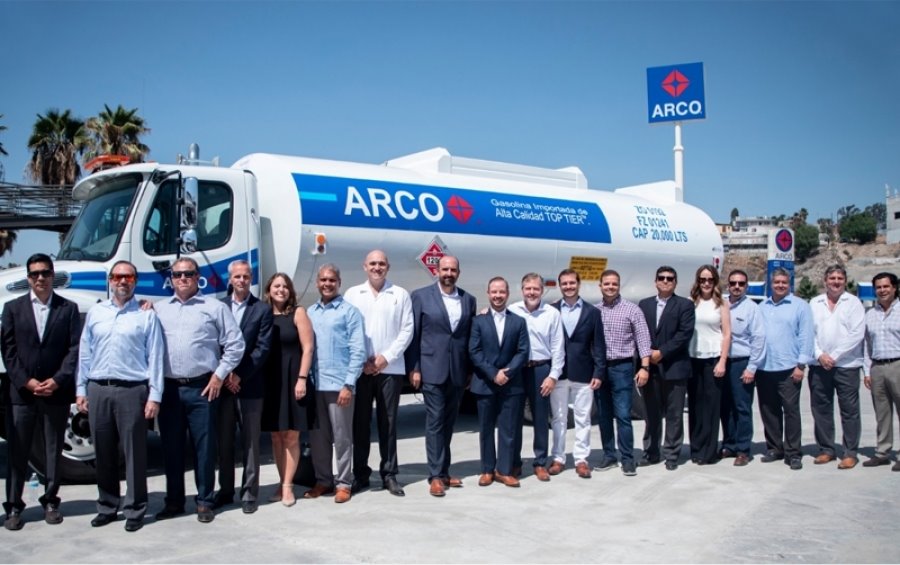 The Arco fuel stations brand reached 100 service stations in Mexico. With the supply of Andeavor (formerly Tesoro), it already has a presence in Sinaloa, Sonora and Baja California.

At the opening of this station, in Tijuana, the US recalled that it has managed to gain the capacity of transportation and storage of oil in Pemex Logistics Open Seasons 1.1 and 3.1 , as well as the signing of an agreement with CFEnergía for the construction of a terminal of refined products in Rosarito, Baja California.

At the event, Keith Casey, executive vice president of Andeavor, highlighted the logistics capacity of the North American company. Unlike most new entrants in the domestic market, Andeavor imports its own fuel from its refineries on the West Coast of the United States by tanker vessels to the Rosarito and Guaymas terminals; to be later distributed through the Profuels truck network that takes the fuel to the respective Arco service stations in northwestern Mexico and to other customers in the same region.

Andeavor is a marketing, logistics and refining company. Its retail marketing system includes more than 3,300 commercial stores selling fuel under multiple brands known as Arco, Superamerica, Shell, Exxon, Mobil, Tesoro, USA Gasoline and Giant. It also owns Andeavor Logistics LP and operates 10 refineries with a total capacity of approximately 1.2 million barrels per day in the north of the continent, especially in the western United States.

Arco is the commercial brand owned by Andeavor with service stations in five states in the western United States, including Arizona, California, Nevada, Oregon and Washington.