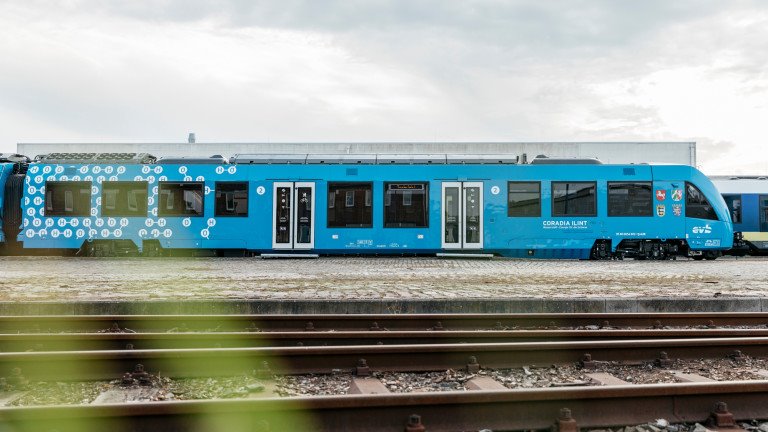 It’s the kind of cross-cultural technical advancement that a utopian world could only dream of. Last weekend, French train-building company Alstom delivered its first two hydrogen-powered trains to Germany—the first of their kind but the first of many more Alstom is already contracted to build.

As reported by Ars Technica, hydrogen trains are slated to begin phasing out diesel trains. It’s the first step in an attempt to lower Germany’s transportation-related emissions by focusing instead on renewable energy. We’ve already had that whole Dieselgate scandal—this is a way for the country to find better ways to solve some problems.

Alstom’s press release doesn’t get into the nitty-gritty of how they’re making their hydrogen, but it does note that the gas will be pumped into the trains via a 40 ft high steel container next to the tracks at Bremervörde. Alstom is going to produce fourteen more trains before 2021, so they’re also planning on building a stationary filling station to service all those trains.

The hydrogen trains have a pretty good range, too. Each one can travel 999km without needing to be refueled, which means they’d have to fill up once in the morning and then could travel the rest of the day without a hitch. And with a top speed of 140km/h, these bad boys can really cruise.

It’s going to be an expensive project. The fourteen extra trains cost Germany $US94.5 million—and that’s not considering maintenance or the cost of running something so different than the rest of the world. But I’m sure the rest of the world is keeping an eye on things to see if this is a viable option for the future.