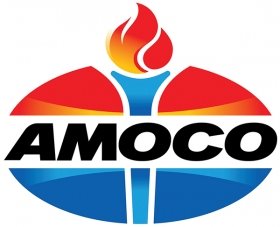 Oil-and-gas giant BP doused the familiar red, white and blue brand shortly after purchasing Amoco 20 years ago, and the signage gradually disappeared as gas stations converted to BP’s green and yellow (or switched to competitors like Exxon Mobil). But now, as it attempts to grow its share in crowded markets, BP is reviving Amoco’s colors and iconography.

The first Amoco gas station to be constructed in more than 16 years will open in November in Naperville. BP began the rollout last fall in New York and continued in metro Chicago with a Bensenville station that converted from another brand in March.

It was followed by stations in Aurora and Crystal Lake and two in Glenview, plus others in New Jersey, Maryland, Virginia and North Carolina for a total of 35 nationwide. There are 430 BP gas stations in metro Chicago; by the end of 2018, there will be eight to 10 Amoco stations, too.

The number of BP-owned gas stations has shrunk from 16,000 in 2000 to 7,200 today. (About 800 of those stations operate under the Arco brand along the West Coast.) Instead of running all those properties as it once did, the company sells fuel to middlemen known as “jobbers,” who then sell to gas stations.

But when BP-branded stations are clustered too closely, dealer contracts restrict jobbers from supplying them all, which, in turn, limits BP’s presence. Amoco-branded outlets get around this restriction.

“We wanted our best customers to have the opportunity to grow with BP (the company), even in marketplaces where it’s fairly dense,” says Rick Altizer, senior vice president for fuels, North American sales and marketing. “You just don’t want too many BPs in one area.”

Amoco’s roots in metro Chicago stretch back to the 19th century, when John D. Rockefeller started a Standard Oil subsidiary 21 miles southeast of downtown to refine oil in Whiting, Ind. In 1925, Standard Oil of Indiana merged with American Oil; six decades later the company changed its name to Amoco.

London-based BP acquired Amoco in 1998 saying it planned to keep the torch, then reversed course 18 months later as it chased worldwide brand recognition akin to Coca-Cola’s. It’s hardly the only company to kill a beloved local brand: Think Marshall Field’s and Macy’s. A joke circulated in Chicago at the time: “How do you pronounce the name of the new company, BP Amoco? The Amoco is silent.”

The notion of reviving the Amoco torch was floated in 2010 following widespread public criticism after the company’s oil spill in the Gulf of Mexico. Serious talks began within the company in spring 2017, with CEO Bob Dudley, himself an Amoco alum, signing off later that year. The logo has been updated, with the white disappearing, some orange streaks added and the oval border removed.

Market research showed consumers remained aware of the brand, and “there is a lot of nostalgia,” says Jo Brecknock, director of brand and communications. Buyers can shop for vintage Amoco swag on eBay. At the same time, millennials described the brand using words like fresh, safe and well-lit.

One risk for BP is that if companies operate too many brands, they can overlap and dilute each other, says Julie Hennessy, a marketing professor at Northwestern University’ Kellogg School of Management. A classic example is General Motors, which once produced six brands of automobiles: Chevrolet, Oldsmobile, Buick, Pontiac, Cadillac and Saturn.

Over time, they lost their sharp distinctions, leading to cannibalised sales and the death several years ago of half of these lines. “You spend a lot of time, effort and margin stealing one business from the other when they’re actually down the hall from each other,” she says.

Redoing the signage at a gas station costs a dealer or jobber between $50,000 and $60,000. (BP bears a percentage of the cost if the station is converting from another fuel company.) The success of the Amoco brand’s revival turns on whether BP can clarify how the two brands are different, Hennessy says. “You don’t want to spend a lot of money raising redundant brands, but if they have a real role for it that’s different from BP, then there may be some smart thinking behind it.”

Brecknock and Altizer say they’ve been surprised by the depth of the feeling for the brand. They’ve found that when they venture out on the street wearing Amoco shirts, people stop them to say how much they love the brand. The Amoco name won’t be returning to one address, however: The company’s former headquarters tower remains the Aon Centre.