PWM is well known internationally for manufacturing electronic price signs across the world for over 30 years. The story about how its US division was established is quite special... 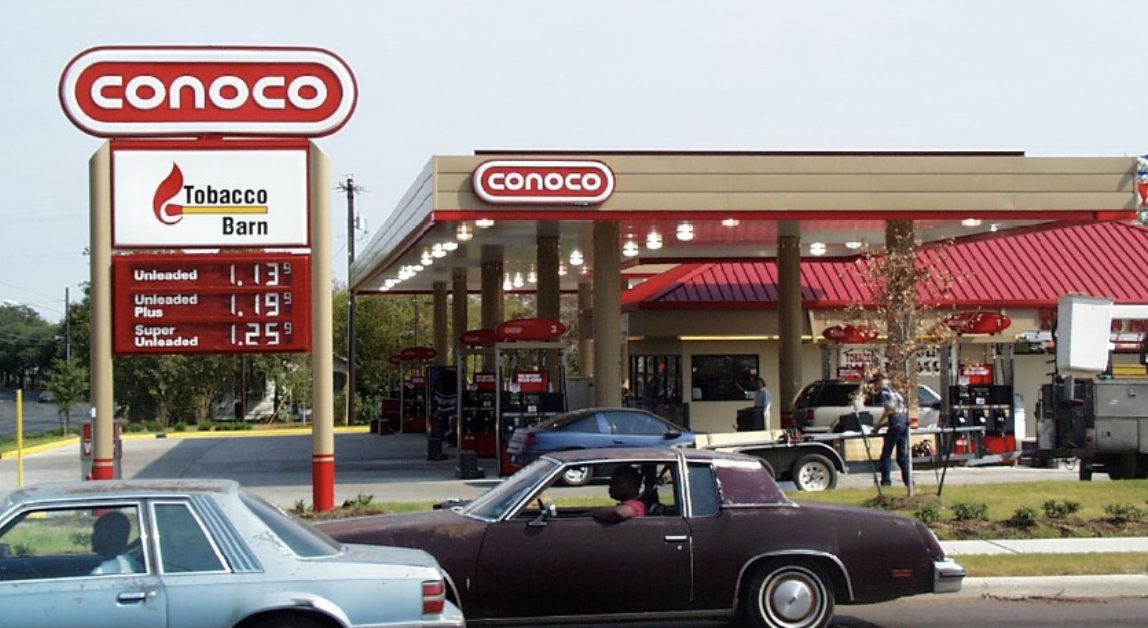 One of PWM's first installations in the US in 1996. Look at the gas prices!

Packing up our laptops and cameras and heading off to the US for the annual NACS PEI convention is a considered, but simple decision for us to make each year, especially as we are looking forward to meeting up with many of our readers, advertisers and friends who will almost certainly be filling the exhibition aisles over the coming three days. This year, as it does every couple of years, this US trade fair extravaganza takes place in Las Vegas from October 8-10 and as usual we look forward to seeing everyone who’s anyone there.

The United States of America represents a vast landscape and the NACS PEI Associations do an exceptional job of bringing everyone together for this reason, but what if you were marketing an unknown product in the retail fuel marketplace 30 years ago and you didn’t know anyone in the US? How difficult would it be if you had never promoted yourself or your company at NACS or worse, any trade show in America? Then consider what sort of difference it would make if you came from Europe and more specifically Germany with no history of trading stateside? With no internet, no contacts and no associates, a reasonable answer to these questions may well be no chance. But for Dr. Max Krawinkel, CEO of PWM GmbH, one of the leading international suppliers of electronic price signs to the US market, who must have considered all these points when he first came to America on his own in the mid 90s, these business hurdles were seemingly dealt with in an orderly fashion and then overcome to great effect.

“The biggest buyers came in shorts and sneakers and were very modest. Their questions though were very straight forward, like ‘how much does it run’ but I had no idea what they were talking about.” 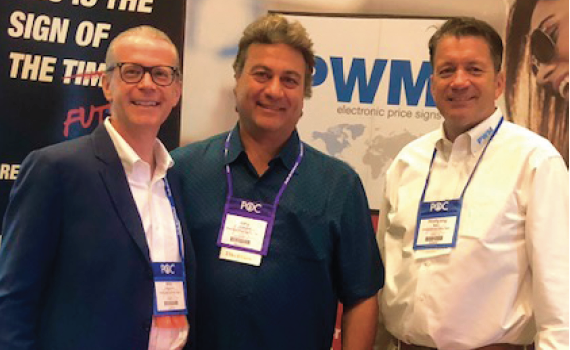 Dr. Max Krawinkel and Wolfgang Manz with a customer at the POC show in Las Vegas this year.

WE HAVE LIFT OFF

Max first arrived in Houston Texas, USA in 1995, with briefcase in hand, but not much more. His forefathers had founded a German textile company in 1806 which at its peak in 1908 employed over 1000 workers. However, following two world wars, the textiles markets in Germany began to slump with sales ultimately becoming very seasonal, particularly as his grandfather’s business specialised in winter clothing.

Alternative markets and new opportunities were always of interest to his family at this time, with one of these being to establish PWM in the 1960s as a manufacturer of indoor and outdoor signage for breweries. This was a lucrative sector for the Krawinkel family business, leading to the first electronic price sign being developed in the 1980s by Max’s father, following changes to the market which forced the company to look for niche products.

His father had a clear vision at this time about how his son would enter the family business, which ultimately he would. His main proviso was that Max should create his own markets and not inherit them or indeed any current customers. Forced to go searching far and wide for untouched markets, it was the US which in Max’s opinion offered him the biggest potential opportunities, which is why America, became his chosen location to start a new business from scratch - PWM Inc.

I met up with Max recently at PWM Head Quarters in Bergneustadt, Germany where he commented on those early days in the US. He said “I started with one office and one phone in Houston at a professional office centre. I had no contacts at all and had to start with cold calling on potential customers. There were a few major boundaries as you might imagine. The prospects were quite sceptical at first with a German start-up company in the US, fearing it would not last too long in the market. Added to this was also the potential problem of no spare parts availability. The main argument though centred on hard evidence indicating that it was extremely uncommon at that time for fuel retailers in the US to change the price of a grade, as fuel was so cheap. Why would their customers want to pay attention to the pricing of fuel, when it was so cheap, they asked?”

PWM’s introduction into the US market took Max almost 10 years. Ultimately, clients started to recognise his commitment to the market and over time his hard work started to pay dividends. To be fair, he was helped along the way by rising gasoline prices, making customers on the forecourt far more aware of how much they were paying for fuel. Today, PWM can include Chevron, Andeavor and 7-Eleven on its list of major US companies they are working with, backed up by a nationwide service network of over 150 trained people in the field.

Max added “It was a major challenge to build this network and took some time to get it to the level we are at now. But this is mandatory to provide our product nationwide and also a differentiator to others in the market. In regards to after sales we never believed in outsourced service centres, we always hired our own people. We recently received a Supplier Recognition Award as an “extraordinary business partner” from a major retailer in the US, which we are very proud of. In the US we are still headquartered in Houston where it all began, with our own sales and service team, working closely with major sign companies and fuel retailers."

EXHIBITING FOR OVER 20 YEARS

PWM have exhibited at the NACS convention since 1996 and in fact one of first things Max did first when he arrived in the US was to sign up as an exhibitor. “I needed some first-hand feedback about our product and I thought the best way to do it was to try and have dialogue with as many people as possible” he said. “It was a plan which worked well as Texaco and Conoco showed serious interest at the show and invited me to visit their headquarters in Houston. I was thrilled and registered PWM Inc almost immediately, with Houston being my chosen location for offices”. Conoco and one of its major jobbers went on to becoming PWM’s first customer.

Max claims to having always been a strong believer of the NACS show mainly because his focus was on direct sales and at NACS he felt he could enjoy end user interaction. However at his first NACS exhibition he had to rethink, in his words, ‘the assessment of potential customers’. At other exhibitions in Europe his experience told him that the high potential customers attend in a suit and tie. However, experience counted for nothing in this case as he found the exhibition floor at NACS to be just the opposite: Max explained “The biggest buyers came in shorts and sneakers and were very modest. Their questions though were very straight forward, like ‘how much does it run’ but I had no idea what they were talking about. I concluded after a while that what they wanted was a price indication and not the technical detail, which I was more than ready to provide”.

In saying that, quality and being manufactured in Germany were then and still are, the major USPs as Max sees them for PWM’s products. Being known as a true innovator in the market also ranks high on his list of priorities. He told me. “You need to show passion and a strong belief to be successful in the US. It’s a very dynamic market and for those who come with strong arguments against existing solutions, opportunities will evolve, as there is still a pioneering attitude in America to try out something new. The other two things you must have though, if you are to be successful, is patience and deep pockets”.

After the company’s first order in 1996, a team was hired to carry out installation, after sales service and training but it took Max much longer than he had imagined to put the right people in place. At first he had to fly in technicians from Germany to get the job done, but as time went on he was able to assemble a US team which he was confident would take PWM on to the next level.

Max concluded “In the early years I had my doubts about being successful in the US, but twenty years on, I can proudly say that PWM Inc has grown to become a tremendous company. You could say, my ‘baby’ has grown to become a fully-fledged adult. We have a strong position in the US market; however there is always room for growth. I have to say though it wasn’t easy. It was a tough, hardworking path and the whole experience changed my personality, hopefully for the better I might add. These days I always aim to transfer my passion on to my team, with my leadership and me being much more hands-on and accessible to those I am working with. Today our Houston operation is headed up by Wolfgang Manz, a great leader who I would like to add, has an exceptional team working alongside him”.