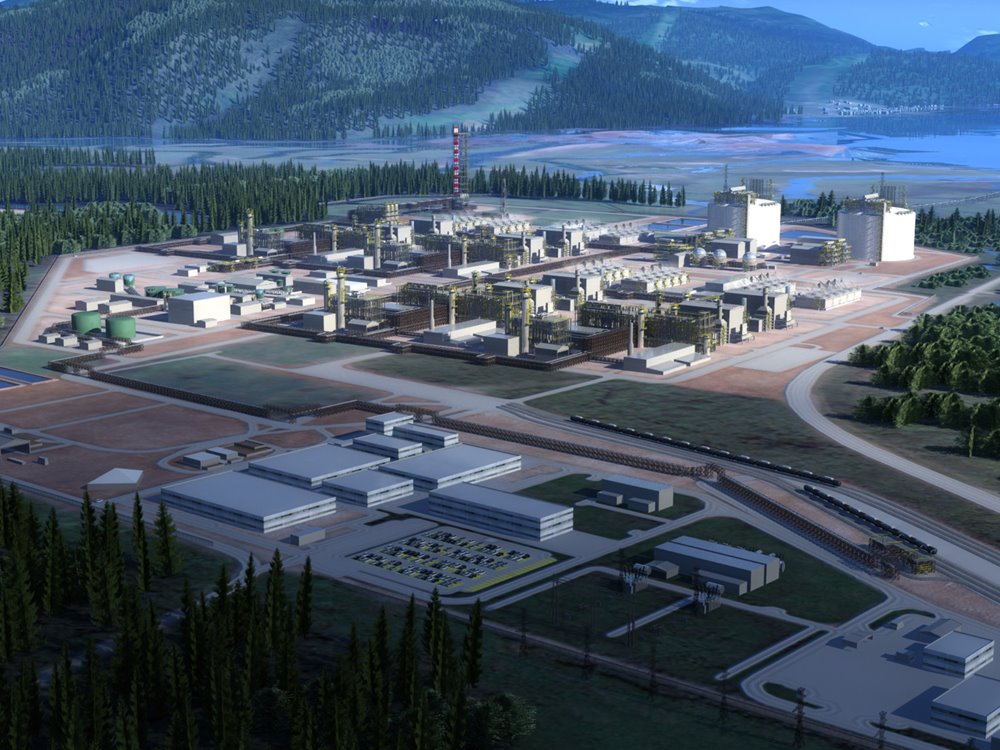 Shell and its four Asian investors agreed to pony up C$40 billion of capital spending, seven years after first rolling out what is rated as the biggest infrastructure undertaking in Canadian history and a project that could boost global LNG supplies by 10 percent.

“This decision showcases how industrial development can co-exist with environmental stewardship and indigenous interests.” The partners’ announcement and a joint news conference by Canadian Prime Minister Justin Trudeau and British Columbia Premier John Horgan - both one-time outspoken opponents of any fossil fuel development - ended two postponements of the project in 2016 and an ownership shuffle to make room for Malaysia’s Petronas which scrapped its own plans for the Pacific NorthWest proposal.

In the end, the prospect of losing 10,000 construction jobs, 900 full-time employees and billions of dollars in royalties and revenues over the lifetime of LNG Canada was too much for the governments to swallow in the name of climate change plans.

As LNG Canada made seemingly inexorable advances to a final investment decision, the camouflage was removed Sept. 28 when PetroChina (with a 15 percent stake) and South Korea’s Kogas (with 5 percent) said they were ready to proceed.

They were quickly followed Oct. 1 when operator Shell (which controls 40 percent), Petronas (25 percent) and Japan’s Mitsubishi (15 percent) climbed on board. In a tweet, LNG Canada said that when all of its partners signed on “you can be sure ... we will be the first to let you know.”

In truth, Shell was about the last to remove a veil of secrecy that was rapidly being ripped to shreds. Contractors had long since started clearing a site for a camp to house 4,500 workers at Kitimat on the northern British Columbia coast where a liquefaction facility will be built. They have also begun to deepen a shipping berth to handle two LNG carriers at a time.

They have all signed on for benefits agreements, with operator TransCanada conditionally awarding C$640 million worth of contracting and employment opportunities to indigenous businesses, but a company spokeswoman would not say whether those deals include revenue sharing from the pipeline’s profits.

The 420-mile Coastal GasLink pipeline from huge gas fields in northeastern British Columbia to Kitimat also got an official green light Oct. 2 from builder and operator TransCanada. Of the two fields, Shell owns 80 percent of the Groundbirch play, while the remaining 20 percent is held by PetroChina. The other vital gas source is the Cutbank Ridge play, owned 60 percent by EnCana and 40 percent by Mitsubishi.

The line will have initial capacity of 2.1 billion cubic feet per day when it comes into service in 2023 and eventually grow to 5 bcf per day. LNG Canada will open what is regarded as the fastest shipping route from North America to Asia, delivering cargoes to Tokyo in eight days compared with 20 days from the U.S. Gulf.

The partnership plans to eventually export 26 million metric tons of LNG a year, although the initial investment is for an initial two LNG trains totaling 13 million metric tons. National Bank of Canada analysts led by Greg Colman have forecast that a doubling of capacity is “all but an inevitability” if the first two trains are brought into service.

Having rebounded from two postponements in 2016 when the outlook for LNG was increasingly bleak, LNG Canada received another lift in September when the Canadian government agreed the coastal terminal should not be subject to tariffs on Asian steel that would have added C$1 billion to the capital budget