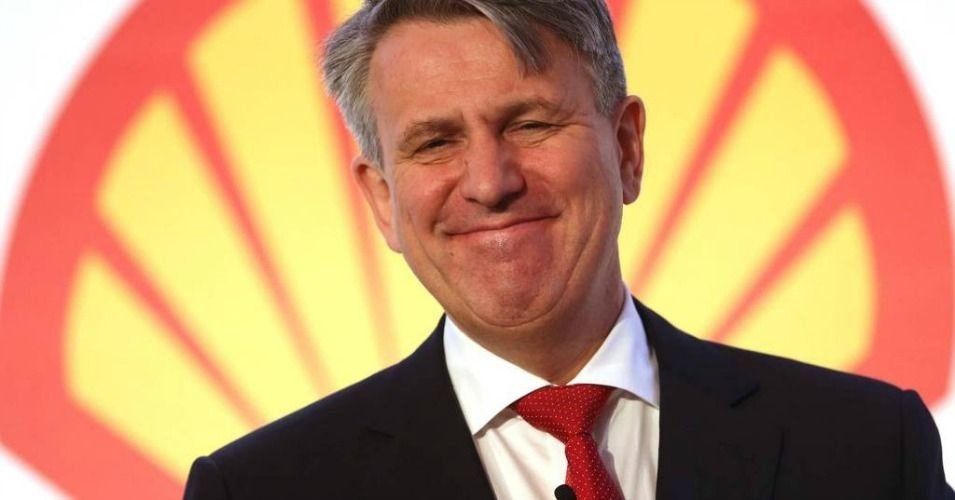 Shell may be spending billions of dollars on renewable energy and and electric cars, but the oil major is not straying far from its fossil fuel roots just yet.

The energy giant’s chief executive Ben Van Beurden (pictured) has warned the industry not to be swayed by the flurry of headlines marking Shell’s steps towards cleaner energy. “Even headlines that are true can be misleading,” he told delegates at a London conference.

“They might even make people think we have gone soft on the future of oil and gas. If they did think that, they would be wrong," he said. Speaking one day after the UN’s landmark climate report warned that more must be done to reduce greenhouse gas emissions, Mr Van Beurden said Shell still “means business” on oil and gas.

Shell plans to invest between $1bn to $2bn every year on building a foothold in the electricity sector by investing in renewable electricity, home energy supply and electric vehicle charging. But the investment pot is still dwarfed by its $25bn annual budget for Shell’s traditional activities exploring and producing oil and gas.

“Shell’s core business is, and will be for the foreseeable future, very much in oil and gas and particularly in natural gas. Oil is going to be needed by this world for a long time to come,” Mr Van Beurden said. Although Shell is already shifting its fossil fuel focus from oil towards gas, the FTSE 100 energy giant’s pace of change “will be linked to the pace of change in society”, he added.

“I believe it is right to be spending up to $2bn on areas like renewables, new fuels and supplying electricity because that is what our customers will want over the long term and Shell intends to stay with our customers over the long term,” he said. “But we also intend to stay with them right now, next year and for all the years to come until this long-term future becomes reality,” he added.

The oil giant has staked a multi-billion dollar bet on the growing demand for natural gas over the next decade, which shows that the group “means business when it comes to gas”. Its forecasts suggest that gas will be the single fastest growing energy sector due to strong demand from growing economies in Asia, where coal-fired power is taking a toll on air quality.

Shell has followed its £36bn acquisition of natural gas shipper BG Group with plans to invest $12bn in a long-awaited project to ship liquified natural gas (LNG) by super-chilled tankers from Canada to energy-hungry Asian buyers.

The $31bn (£24bn) LNG Canada deal is “compelling” because it low in cost to produce, close to quick shipping routes to the Far East and will result in power generation that is only half as carbon-rich as coal power. “You should look to LNG Canada to see that Shell means business in gas. We do,” said Mr Van Beurden.

“I do not expect this stance to make big news. No newspaper will run a story with this headline: ‘Oil and gas CEO has confidence in future of gas’. But nevertheless, it is true,” he said.