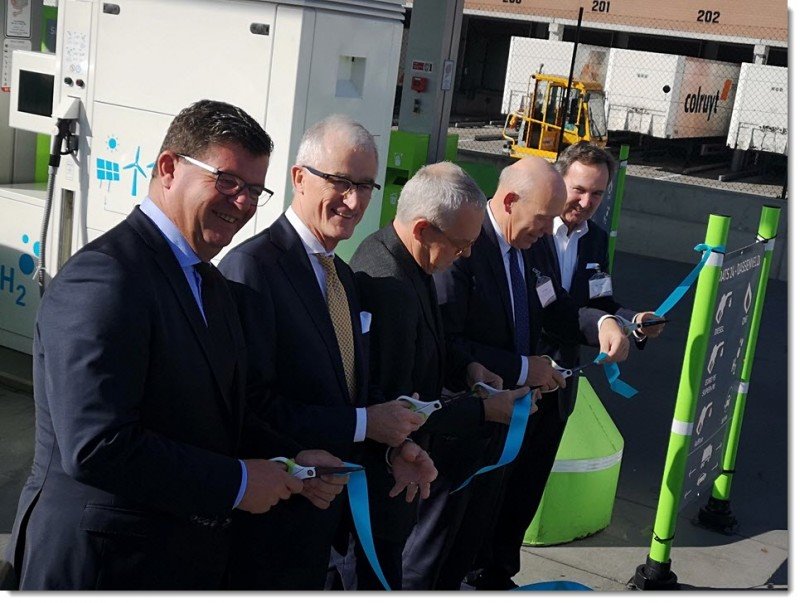 Colruyt Group opens its first public hydrogen filling station. From now on, customers can buy conventional and green fuels at the DATS 24 filling station in Halle (Dassenveld), as well as 100% green hydrogen that is produced using renewable electricity from energy specialist Eoly.

The integration of a hydrogen pump in a 'traditional' filling station is unique in Europe. Colruyt Group believes that hydrogen can play an important role in making our mobility and energy supplies more sustainable. That is why it has been investing in this green energy carrier for years.

Opening a filling station for hydrogen is an important next step and brings hydrogen one step closer to the consumer. Colruyt Group explicitly calls on other companies to also fully opt for an energy transition, with hydrogen as the important lever.

Since 2004, Colruyt Group has invested 6 million euros in innovative hydrogen projects. For example, the group has been producing green hydrogen at the Dassenveld site for some years now. The distribution centre has 75 hydrogen forklift trucks. In addition, hydrogen is used for 13 passenger cars, which are used within the group.

In France and Belgium, Colruyt Group also invests in hydrogen applications for heavy transport. Together with partners Fluxys and Parkwind, the group is also working on a power-to-gas installation to convert green electricity into green hydrogen on an industrial scale as a buffer for fluctuations in (offshore) wind energy. 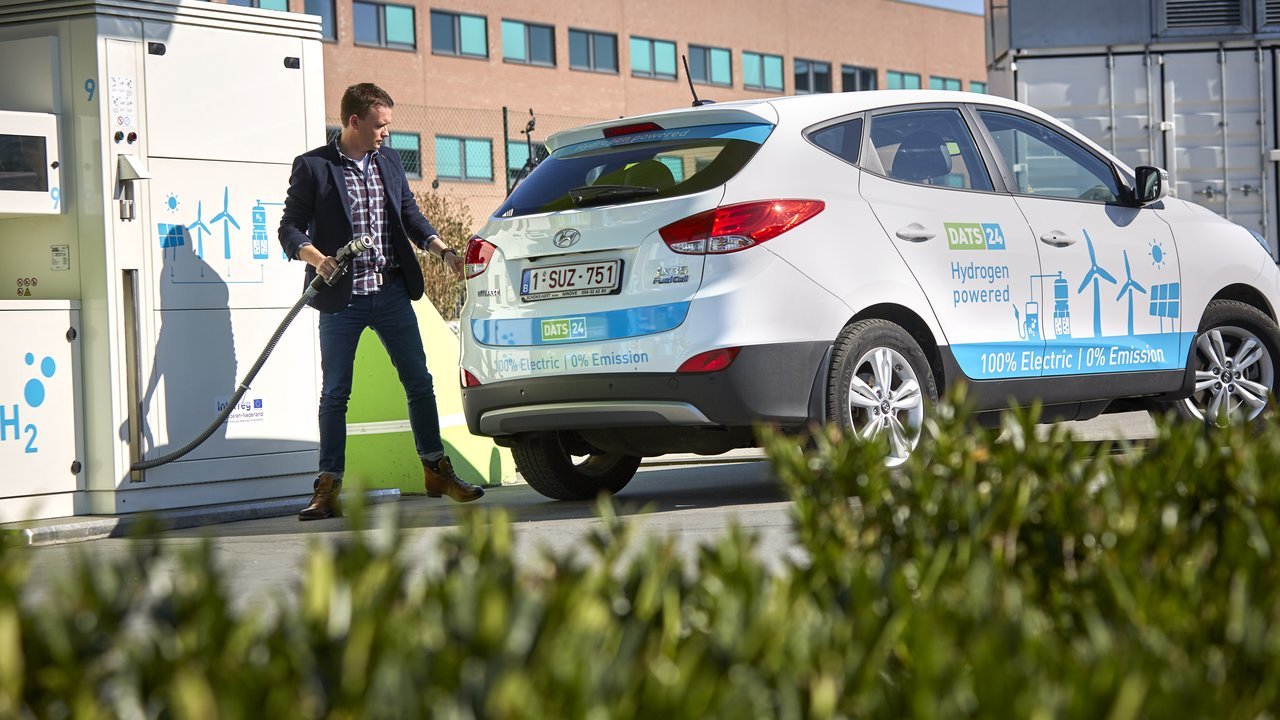 Hydrogen as fuel (power-to-mobility) offers many advantages. Its raw materials, namely water and electricity, are inexhaustible. Furthermore, hydrogen fuel can be produced using renewable energy, meaning that even the process itself is completely 'green'. Hydrogen-fuelled vehicles do not emit any harmful substances, only water vapour.

DATS 24 will continue to systematically increase its network for alternative fuels. In the meantime, 59 filling stations are now equipped with a CNG pump and 61 shops and 2 central buildings have electric charging stations. In 2019, the fuel specialist plans to open a second hydrogen filling station in Wilrijk.

Jef Colruyt is convinced of the potential: “We strongly believe in hydrogen and want to boost the growing hydrogen economy. Of course, a stable investment climate is a necessity. At the same time, we hope that our innovation projects will have an inspiring effect and that other companies will also rise to the challenge posed by energy transition.

Colruyt Group is always open to new partnerships. For us, pioneering with hydrogen as a sustainable solution means greater independence from fossil fuels in the long term and a first step towards zero-emission applications. As a retailer, Colruyt Group also has a major impact on its own production and distribution chain and hopes to inspire more than 4 million customers. It is therefore more than worth the effort.”

Geert Bourgeois, Minister-President of Flanders, fully supports the initiative: “The opening of a public hydrogen filling station on the basis of locally produced wind and solar energy is a new step for Colruyt Group on its way to sustainable mobility.

Flanders has ambitious goals for making the switch to sustainable energy and clean mobility. By 2020, we want twenty hydrogen filling stations. I have good hope that we will succeed. Partly thanks to investments by companies such as Colruyt Group.

As one of the few end users in Flanders, Colruyt Group truly thinks about hydrogen and uses the technology in actual practice.” European climate expert Jos Delbeke also believes in the project: “The climate goals established by Europe in the Paris Agreement will intensify the fundamental changes already affecting the energy sector today.

New technologies are marketed sooner than expected, and hydrogen is one of them. That’s why this initiative by Colruyt Group is particularly commendable.” Flemish minister of Energy Bart Tommelein: “The Flemish government strongly believes in the possibilities of hydrogen: for transport, for energy storage, for the economy as a whole.

A filling station that offers all fuels, including conventional fuels, CNG, electricity and green hydrogen, familiarizes consumers with all the current possibilities. These integrated filling stations can persuade people to consider or buy a greener or even zero-emission car. Colruyt Group’s efforts in this area are unique in Europe and help to accelerate the energy transition.”