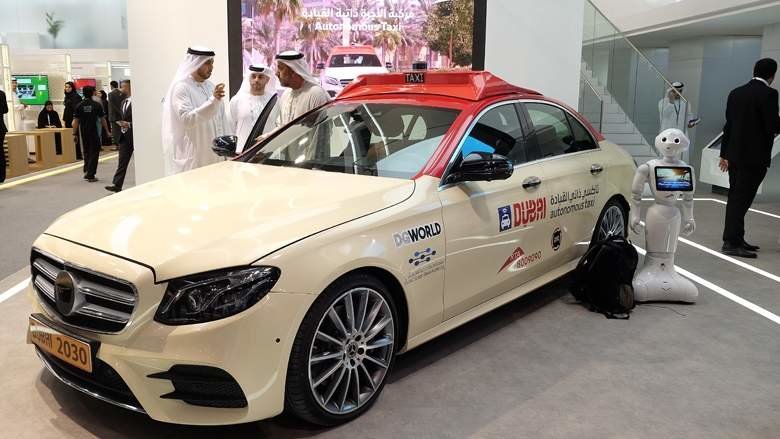 The Roads and Transport Authority (RTA) will begin testing an electric driverless taxi at a residential area in Dubai Silicon Oasis in December onwards.

The trial phase will run for three months, and after this period the RTA will decide where and when this can be rolled out in other parts of Dubai, a senior RTA official told Khaleej Times on the sidelines of the 38th edition of Gitex Technology Week, which kicked off on Sunday at the Dubai World Trade Centre.

Khaled Al Awadhi, director of RTA's Automated Fare Collections Systems Department, said: "At the moment, there is only one autonomous taxi available that will initially run on a preset, dedicated route at Dubai Silicon Oasis."

"After the three-month trial phase, we will gather all the information and evaluate how we can roll-out driverless taxis in other areas of the city," he added. The self-driving battery-powered cab, which is designed in partnership with Dubai Silicon Oasis and DG World for robots and artificial applications, is a Mercedes-Benz E-Class model.

It is equipped with four sensors - located at each corner of the vehicle; three cameras for frontal, rear and inside view; two radars on the front grille; and another radar on the top of the vehicle.

The cameras have two functions - serving as the eyes of the taxi and also for recording the traffic and road conditions.

The sensors, meanwhile, will scan the surroundings within a 400-metre, 360-degree radius to control the vehicle and avoid collision. The sensors will send a signal if the vehicle has to slowly halt or come to a full stop. "A driver will be available inside the taxi during the trial stage to intervene in case the vehicle has to shift from autonomous to manual driving," Al Awadi explained. "Passengers during the trial phase will be by-invitational only and there will also be a media preview," Al Awadi added.

Mattar Al Tayer, RTA director general and chairman of the Board of Executive Directors, said the autonomous taxi will serve as the 'last mile solution' for public transport. "It will contribute to the integration of mass transport systems by facilitating the movement of public transport users, specifically Dubai Metro and Dubai Tram, to reach their final destinations," Al Tayer explained.

Meanwhile, Dr Yousef Mohammed Al Ali, CEO of Dubai Taxi Corporation, said taxis in Dubai have come a long way since the first Mercedes taxi made its debut on Dubai roads in 1995. "We are seeing a big transformation from petrol taxis to hybrid taxis and in the future, self-driving taxis," he told Khaleej Times.

The driverless taxi is part of the Dubai Smart Self-Driving Mobility Strategy which is aimed at transforming 25 per cent of Dubai's total journeys into self-driving transit means by 2030.