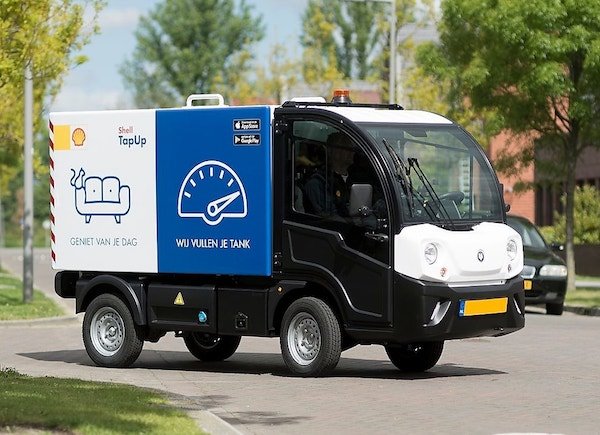 Shell is the latest company thinking outside the box and piloting new types of convenience in this age of ongoing disruption, modeling initiatives off of successes in international markets.

The company is stepping outside of the gas canopy to bring fuel directly to customers in a new U.S. pilot program, while also ramping up efforts with electric vehicle charging.

According to a report by the Houston Chronicle, Shell is set to pilot its new “Shell TapUp” app-based program, which sends fueling trucks directly to customers to fill up their tanks. While it won’t send trucks to customers’ homes, it does aim to provide fill up service to large groups of customers at once in settings such as large parking lots or garages.

First, Shell is testing the program with Shell employees and other businesses, offering refueling in business parking lots. Shell plans to expand the service to all customers over time, allowing drivers to fuel up while grocery shopping or dining out.

While new to the U.S. market, the “Shell TapUp” program began in the Netherlands. Shell is also launching a new electric charging pilot program in California that can charge an electric vehicle in five minutes, the Houston Chronicle reported. Shell has already launched electronic-vehicle charging programs across Europe and in China.