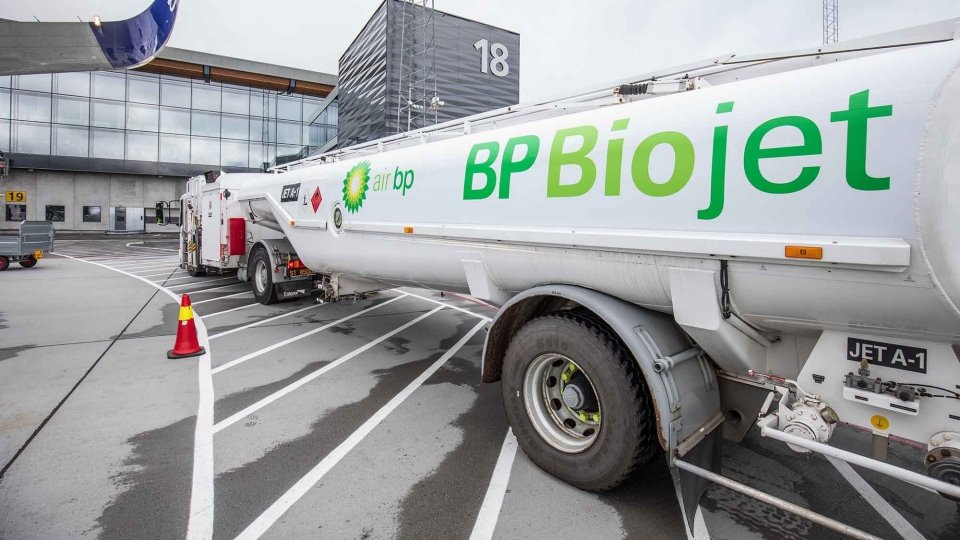 The two companies aim to bring a co-branded fuel to market at airports in Air BP’s network. Neste and Air BP say that their sustainable aviation fuel will be made by blending conventional, fossil-based kerosene with renewable hydrocarbons. One source for renewable hydrocarbons could be recycled cooking oil.

Then the resulting blend of fuel gets certified as Jet-A1 fuel that the companies say can be used in aircraft without requiring any technical modifications. Flying on sustainable aviation fuel reduces crude oil consumption and produces lower lifecycle carbon emissions compared to conventional jet fuel, the two companies say.

“We expect our collaboration will not only be able to provide a solution to better matching supply to increased demand for renewable jet fuel, but also delivers distinct advantages to airlines by significantly decreasing their environmental footprint,” said Kaisa Hietala, executive vice president of renewable products at Neste.

The aviation industry agreed to phased emissions targets outlined by the UN’s Carbon Offsetting and Reduction Scheme for International Aviation (CORSIA), including carbon-neutral growth starting in 2020. Air BP CEO Jon Platt said the industry’s carbon reduction targets can only be achieved with support from across the entire supply chain.

He expressed hope that the collaboration with Neste will promote and secure the supply of sustainable aviation fuel. Individual airlines are setting ambitious goals as well. Recently United Airlines announced plans to reduce greenhouse gas emissions by 50% by 2050.

Last month JetBlue launched a series of flights fueled in part by renewable jet fuel provided by Airbus and certified by Air BP. Jet fuel demand overall is expected to rise. A recent market analysis by IHS Markit forecast that global jet fuel demand will rise from around 8% of total refined product demand in 2017 to more than 10% by 2040.

“When oil is at $120 barrel, it makes a $70 barrel of biofuel very attractive,” he said. “When oil is at $28 barrel, which happened in the last couple years, you can see the kind of damage that would do to a nascent technology.”