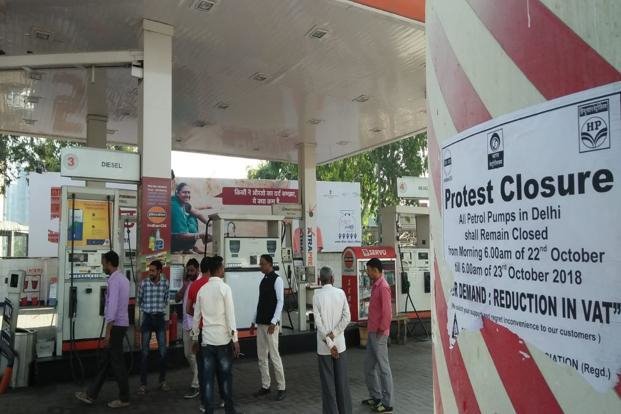 All the 400 petrol pumps along with CNG dispensing units in Delhi are shut today in protest against the Aam Aadmi Party’s (AAP) refusal to reduce VAT on fuel, the Delhi Petrol Dealers Association (DPDA) said.

There are about 400 petrol pumps in Delhi which also have linked compressed natural gas (CNG) stations and all of them will be closed for nearly 24 hours in protest, the Delhi Petrol Dealers Association (DPDA) said in a statement.

The Centre government had reduced the excise duty on petrol and diesel by Rs 1.50 per litre and had asked state-run oil marketing companies to reduce the prices by another Re 1 per litre. Following the announcement, several BJP-run state governments had also reduced VAT by Rs 2.5 to provide a total relief of Rs 5 per litre to the consumers.

The AAP government in Delhi, however did not do so, resulting in fuel becoming more expensive than bordering Haryana and Uttar Pradesh.