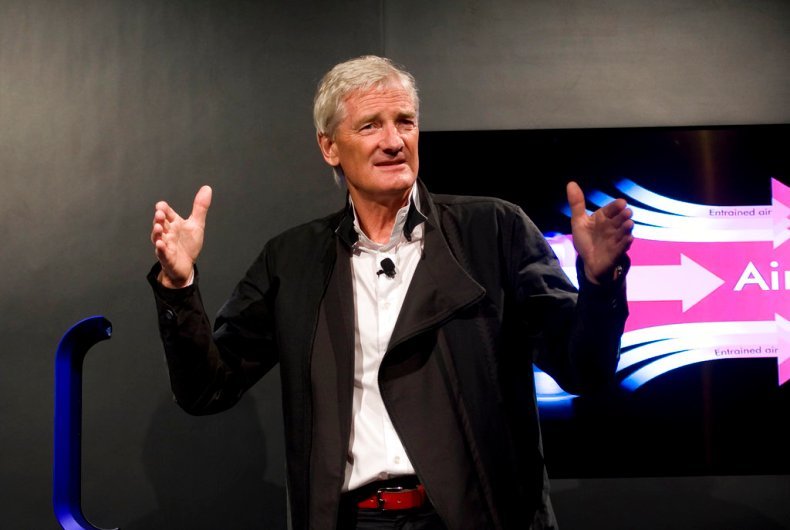 Dyson Ltd., famous for making vacuum cleaners, picked Singapore to manufacture its first electric car, pushing ahead with plans to challenge Tesla Inc. in the hottest sector of the automotive market.

The closely held British manufacturer, also known for hand dryers and air purifiers, said Tuesday it will complete the factory by 2020 and stuck to a goal of rolling out its first model by 2021 as part of a 2 billion-pound ($2.6 billion) effort to expand into automobiles.

The choice of Singapore — which doesn’t have a single car-manufacturing plant and is one of the costliest places in the world to buy an automobile — comes as Tesla zeroes in on establishing a factory in China. The decision is a victory for the city state, home to the planet’s second-largest container port and a manufacturing hub for high-technology products such as Rolls Royce Holdings Plc aircraft engines.

Dyson is among new contenders entering the race to make electric vehicles, which are gaining market share from gasoline-powered autos. Besides Tesla, Dyson will compete with global giants such as Daimler AG, Volkswagen AG and General Motors Co. that are all charging ahead with EV plans.

Singapore, with fewer than 6 million people, is a minor market itself but has technology talent and strong intellectual-property protections, regularly topping regional IP rankings. Dyson already has a manufacturing hub in Singapore that focuses on digital motors, with the company employing about 1,100 people in the region.

The country also has a free trade agreement with China, the world’s largest market for electric cars. While Tesla last week took a step toward building an auto plant in Shanghai, Dyson’s founder, James Dyson, has complained about IP theft in China.

China will remain the top electric-vehicle market at least until 2040, when more than half of all new car sales and a third of the planet’s fleet — equal to 559 million automobiles — will be electric, according to a forecast by Bloomberg NEF. James Dyson (pictured) said the company’s “center of gravity” has tilted toward Asia, which last year generated almost three quarters of revenue growth.

“The decision of where to make our car is complex, based on supply chains, access to markets,” Dyson Chief Executive Officer Jim Rowan said in a note to staff. “The availability of the expertise” will help the company achieve its ambitions.

Dyson had considered the U.K. and various Asian locations for its car facility. It has extensive manufacturing experience in Malaysia, and previously made products in the U.K., which may lose some of its allure for global companies with the planned exit from the European Union.

Dyson will build the plant itself rather than subcontract the work out to suppliers. Tesla has been going through what founder Elon Musk has called “production hell,” followed by “delivery logistics hell,” as the company has been ramping up volumes at its sole car factory in Fremont, California.

Exactly what type of cars Dyson will be producing remains to be revealed. Construction is still ongoing at its test facility at Hullavington, England, which includes a now 400-strong automotive team, a handling track and an off-road route.